Consensus over land use in Scotland can seem elusive; perspectives can appear entrenched. Common ground however, is not only a platform for progress but more easily found than we’re led to believe.

If you ever go to Darley, don't expect much. There is a roofless cottage, sheets of tin slowly rotting into the earth and a field full of rashes.

In the house, an iron fire surround has become detached from the wall. Almost nothing else is left. It took me a couple of attempts to find the place; it is deep in a maze of stone roads, forest rides, ditches and endless trees. Few people know about Darley despite it being just an hour’s walk from the village where I live.

Perhaps Darley - and the thousand other places like it all over Scotland - is where you and I can meet. I am a hunter, a shooter and an angler and, if you’re reading this, you are probably not. On the face of things, we come from two different worlds: rewilders versus shooters; GoreTex versus Tweed. Turn to your social media platform of choice and you will find us in some kind of stale, petulant squabble. But at places like Darley, I believe we can find common ground. 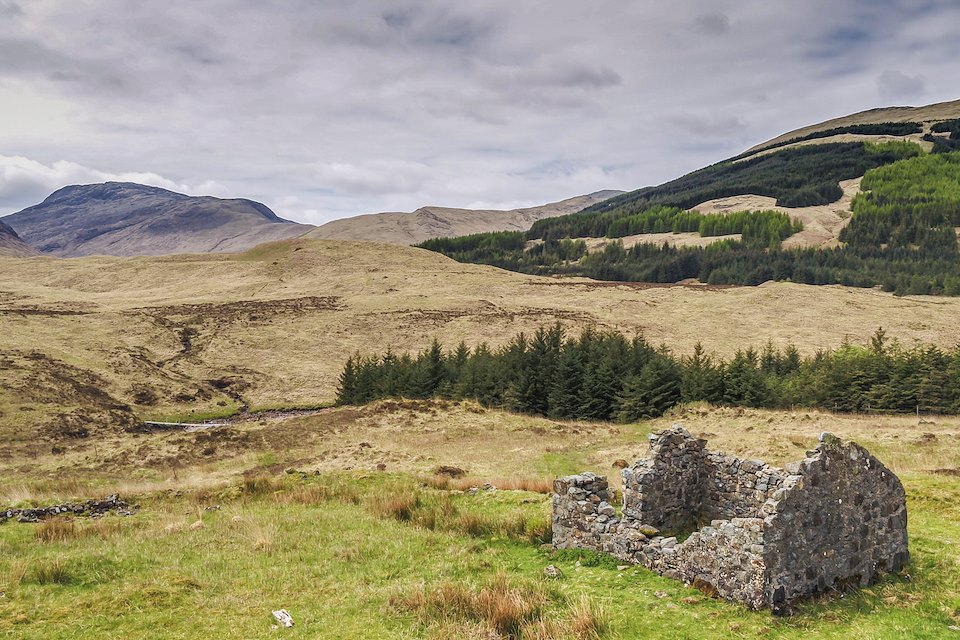 Stories of a very different past can be found etched across Scotland’s landscape.

The history of rural Southern Scotland is written onto Darley. The 1871 census records it as the home of a shepherd, John McLure, his wife Mary and their four daughters. The remains of dykes and folds around the house are monuments of that time. We know precisely when sheep farming came here. The 1794 Old Statistical Account of Scotland has an entry for every parish and the entry for mine records when we began the switch from Black Cattle to sheep. It noted the arrival of “two score of ewe hogs and a ram of the cheviot breed” in June 1792. For the next 150 years, sheep shaped Darley. Go a little further back in history and a little further down the hill, and you will find turf longhouses. Now not much more than mounds, they may be a trace of the sheiling system that brought livestock to the hills in summer. Beneath it all, the peat holds traces of birch and hazel pollen from before people and animals came.

Today, trees dominate Darley. Not the real trees of Scotland, not the extensive mosaic of native woodland that rewilders yearn for; instead, foresters have combed out endless rows of non-native spruce across the hillsides. In the village, the timber-laden trucks and pickups full of planters are the only way we know anything is happening at Darley. It is not part of our community, nor is it an ecosystem that functions as it should, or as it could. 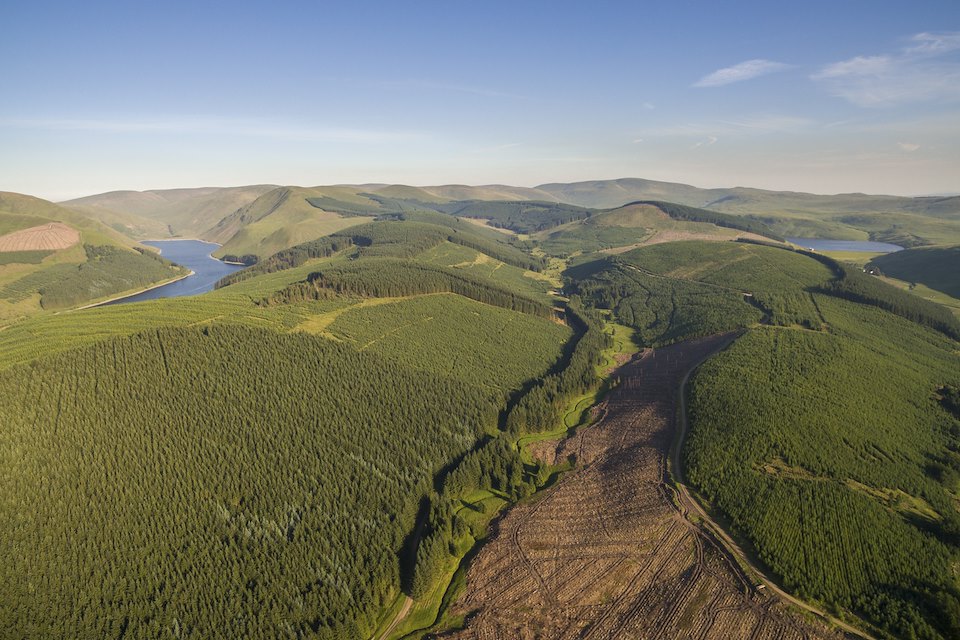 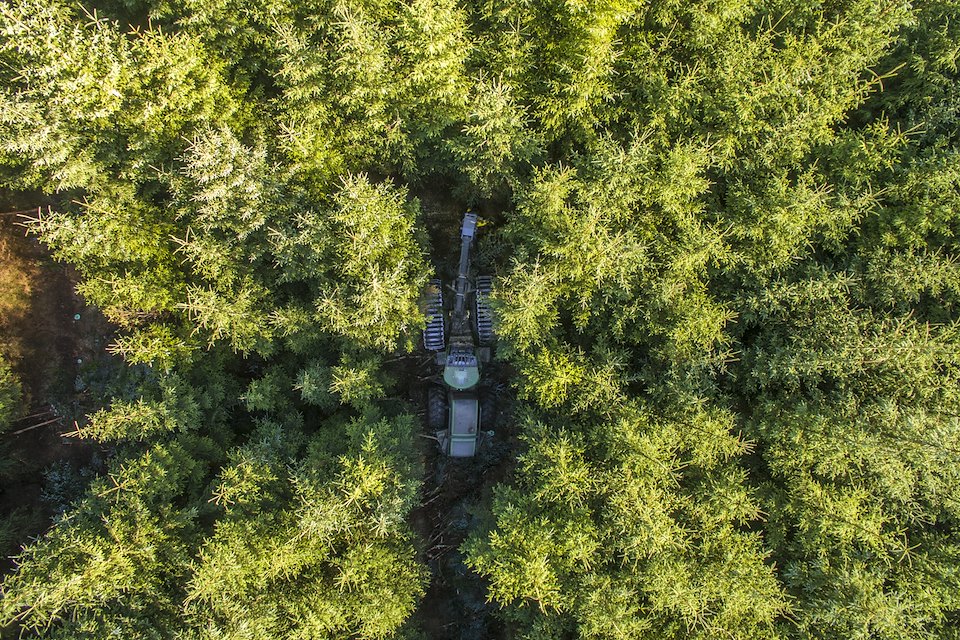 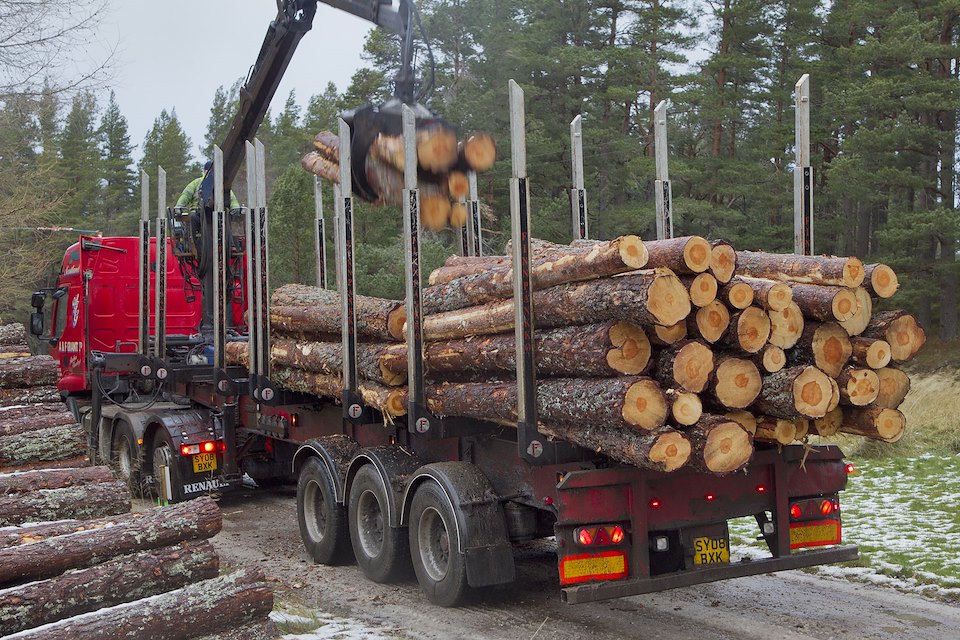 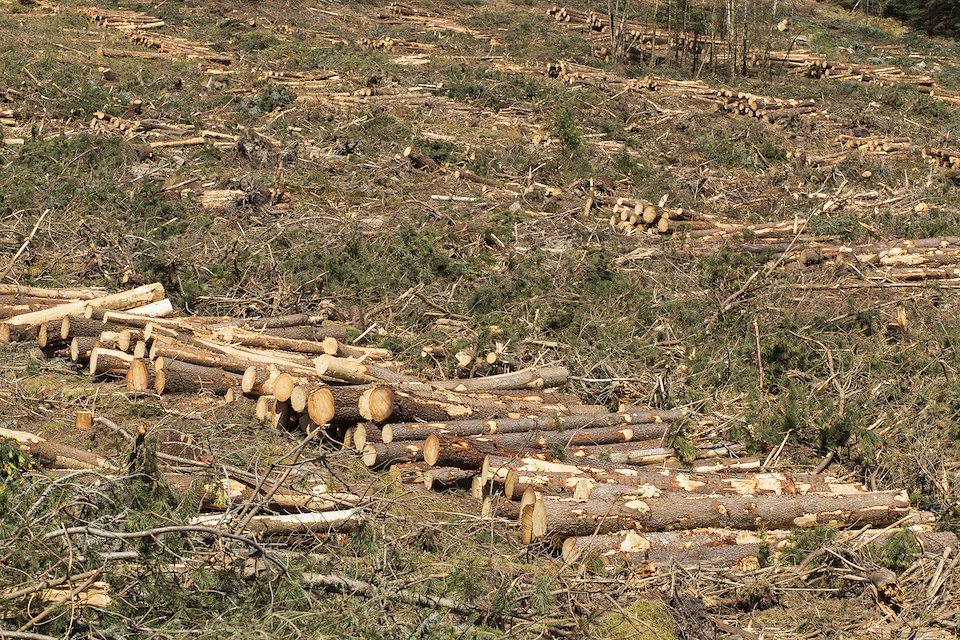 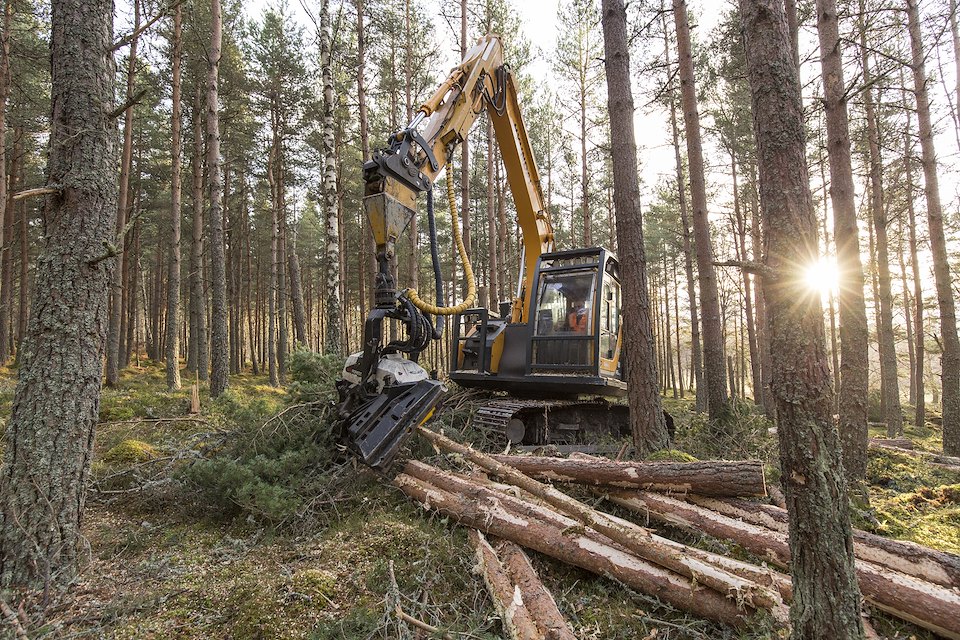 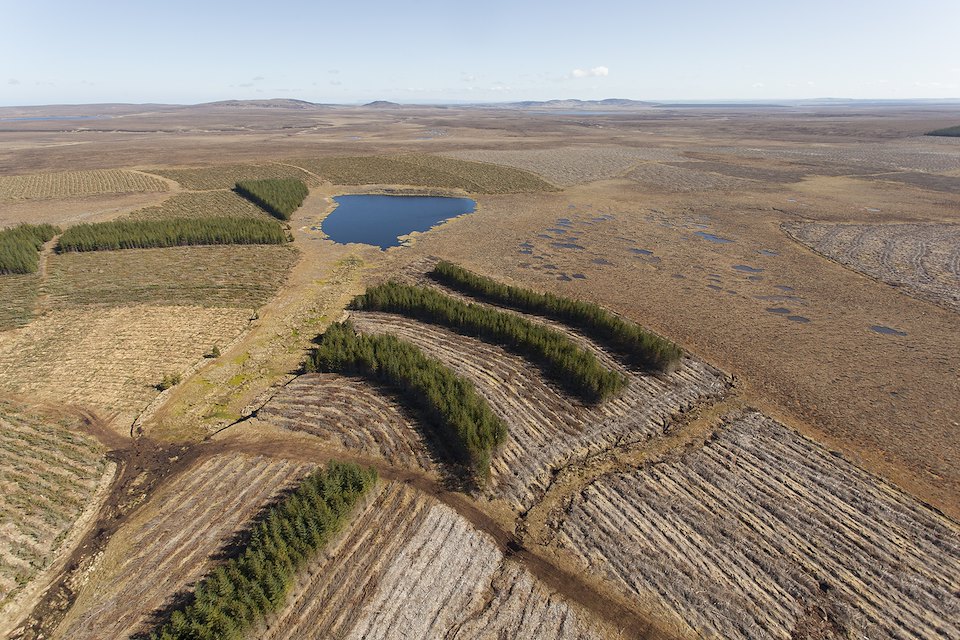 Flicking through the maps on the National Library of Scotland’s online collection, you can watch the trees spread up from the valley. Darley today resembles nothing more than a wreck, half-sunk by a tide of Sitka Spruce. At some point the harvesters and forwarders will arrive, the tide of trees will ebb, and Darley will be left high on a beach of mud and stumps. Then the planting crews will appear, and the flood will set in again.

Deer trails score the field in front of the house. The deer here are shot by contractors, often at night or out of season. The carcasses go the forestry chiller, the game dealer and then in refrigerated trucks to the continent. Our village shop sells Danish bacon.

There is no shortage of tragedy at Darley, but the most tragic thing of all is that Darley is ours. It is owned by the people of Scotland. While it is true that Forestry and Land Scotland holds the title to the land, as a public body, we hold the title to them. In all the discussions around land reform and the dismantling of traditional sporting estates, it is easy to forget that through that agency alone, we already own 10% of Scotland.  Darley sits on the edge of an area of publicly owned land that must cover more than 100 square miles.

In Scotland, two issues tend to dominate the jaded debate between rewilders and shooters: grouse moors and the management practices associated with them, and red deer numbers. I recognise the passion and the importance of these debates and the validity of many of the points raised. I also know that sometimes, we approach these issues from fundamentally different viewpoints, with different value systems and seeking different outcomes. This makes the gulf difficult to bridge. But I suspect none of us are happy with the situation at Darley. In places like that, where public ownership has failed the environment and failed the people, surely we can find common cause?

Engaging with questions about public land in Scotland - its purpose, what it should deliver and how it should be managed - is one of the most fruitful areas of potential collaboration. I don’t propose that we stop talking about private estates, but let’s talk about our public land too.

When we talk about Darley, you cannot fling at me that it is just a playground for the rich and I cannot hit back with my claim that it is important for vanishing waders: it is clearly neither. I cannot prate about the cultural heritage of sheep farming and you cannot respond with studies of floral diversity and soil compaction: no sheep or shepherd has walked there for seventy years. You cannot tell me that it is the product of a defunct feudal model of land ownership and I cannot tell you that the right to property is foundational in any society: this land is already ours. I can’t even accuse you of trying to have families thrown out of their homes; economic brute force did that long ago. At Darley, we can find common ground. You wish to see it restored to wildness; I wish to hunt on it and to see it restored to our community. Neither of us is currently getting our way, but perhaps both of us can.

Lacking any wild publicly owned land in Scotland, it is hard for us to see a model of how we can share the same space, much less find common cause. But in the United States there is a hunting movement which is dynamic, growing and is one of the most passionate voices for publicly owned wild land.

The Backcountry Hunters and Anglers (BHA) movement has rejected the commercialised hyper-hunting culture that has grown up in the United States. Instead, its members focus on relatively modest hunting and fishing on publicly owned land.

Setting out the organisation’s vision, the passion for wilderness is clear:

“These are some of the basic tenets of our call to arms – for North American sportsmen and women to stand up for the wild country and fish and wildlife that depend on it. Now, more than ever before, we need wild lands: places to rekindle the fire at the heart of the human soul.”

The movement takes much of its inspiration from two figures: US President Theodore Roosevelt, a passionate hunter who did much to protect wild land in the USA, and the author, farmer and visionary, Aldo Leopold. Describing the origins of the Backcountry Hunters and Anglers, founding member David Peterson said: “What we were daydreaming about was a nonprofit organisation built firmly upon Aldo Leopold’s “land ethic.” By “land,” Leopold meant what we know today as the ecology — including wildlife, fish and their habitats. “A thing is right,” Leopold’s land ethic proposed, “when it tends to preserve the integrity, stability and beauty of the biotic community. It is wrong when it tends otherwise.”

The movement has not just benefitted wild land, it has also benefitted hunters. Hunting is a fading tradition in the United States, where its proponents are growing older and fewer in number. The BHA has bucked the trend. Every year for the last five years its membership has doubled, and it now has 24,000 members spread across 41 American states and three Canadian provinces. It is a rate of growth that outstrips even a Scottish Sitka Spruce. 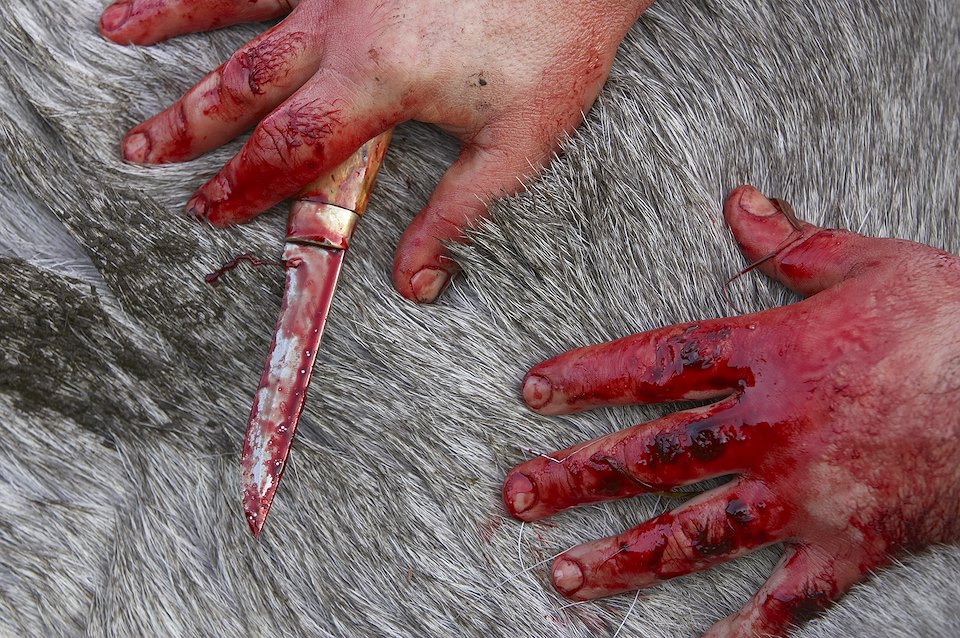 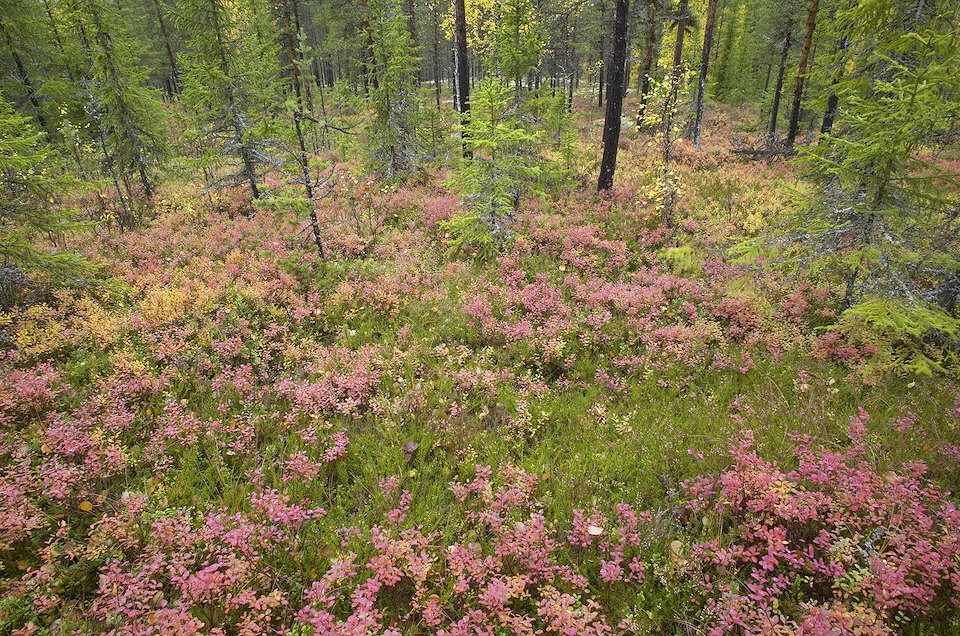 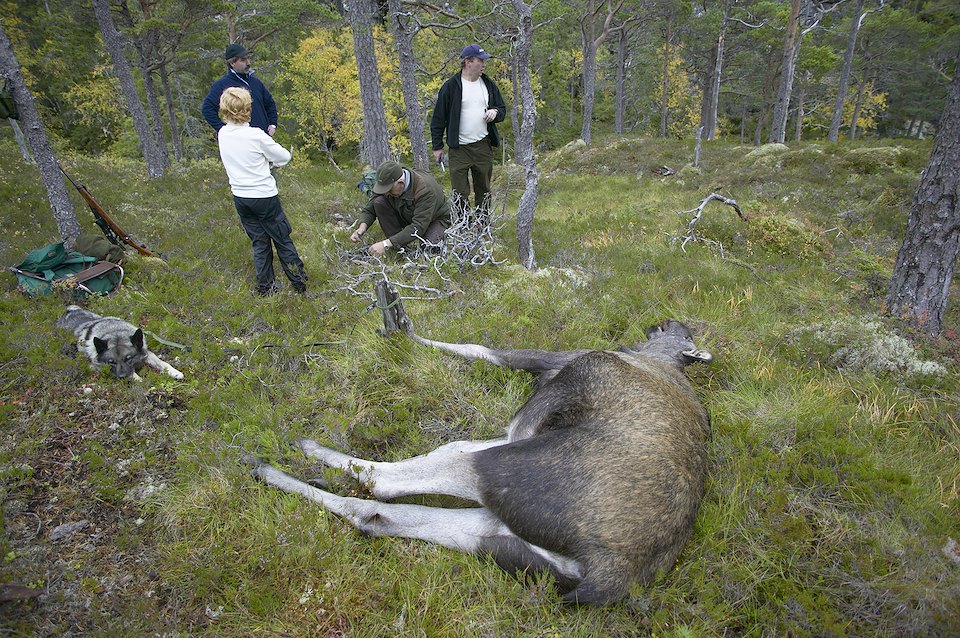 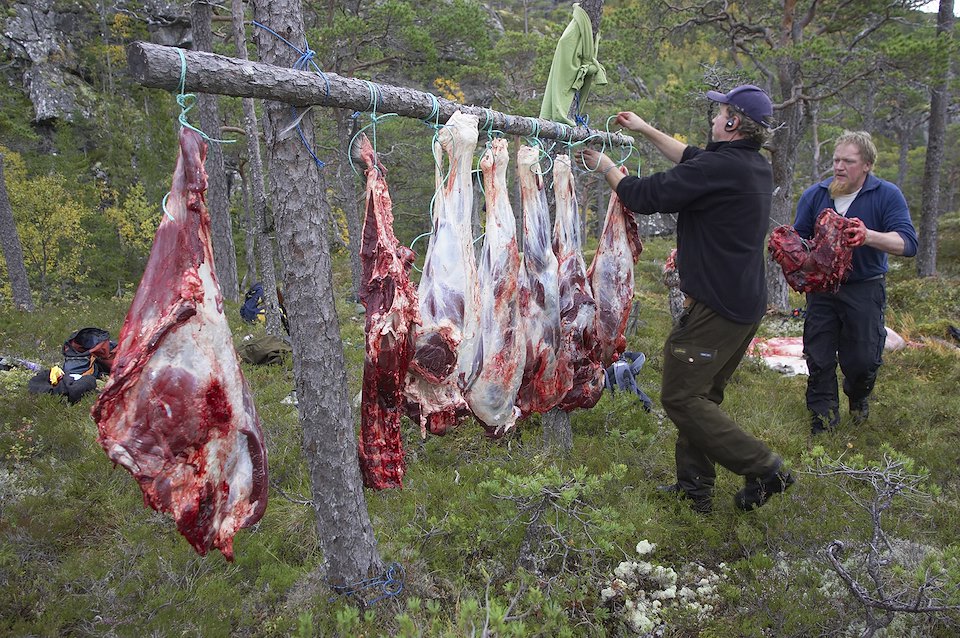 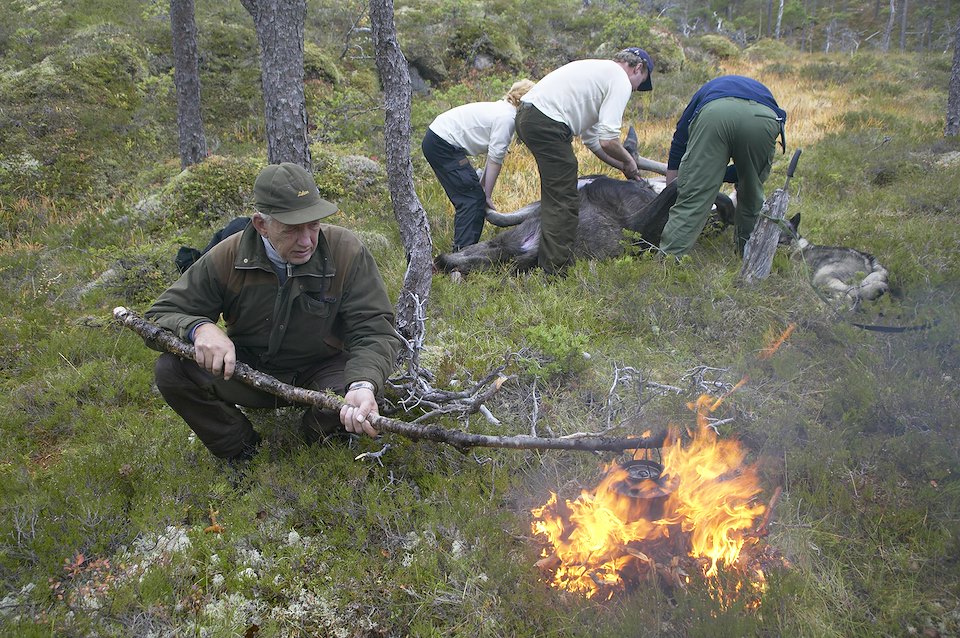 In Norway, hunting is more of a community-driven, socially regenerative pursuit that recognises the link between forests rich in life and their ability to provide a sustainable harvest.

We do not have America’s vast areas of publicly owned wilderness; we would need to recreate them or allow them to recreate themselves. But our hunters are not so different from theirs. We too could be powerful and passionate advocates for wildness. There is a strong premium on wildness in British shooting culture and the opportunity to hunt on wild land would be one that hunters would take to with enthusiasm. But more than that, hunting could link wild places to their local communities; as places where our food is gathered, and our stories are made.

I went back to Darley on a mid-January day, a crust of crystalline slush lay on the white grass and heather of the forest rides. I chose a different route from last time, bashing up the steep sides of the Gregg burn. In the old field, a few pallets had been dumped on a wet spot to form a bridge for a quad bike. My dogs tumbled a woodcock out of the forest edge, and we watched it twist away, all beak and wings. A scrap of life in a broken place.

Rewilding has the potential to renew Darley, to bring back rich diversity to this degraded piece of our public land. If we can lay aside a little of our tribalism and look at the issues in a new way, hunting can add a strong voice for wildness and can build the link between wildland and the people who live around it.