THE CHILD IN NATURE: AN ENDANGERED SPECIES

Polly Pullar tells a powerful story of a challenging personal journey, which had it not been for the restorative powers of nature, might have ended very differently.

It's January, the season when a fox’s hormones fuel the urge to breed. At night I lie in bed and hear their eerie yattering as they wander on their nocturnal forays, their soundtrack accompanied by tawny owls – they too are preparing for breeding. The wood is also thick with the aroma of red deer.  My son Freddy and I are following a lattice of worn tracks made as the deer trek up and down in the gloaming, to the richer pickings in the fields below.  Now that the bracken has died away, and before the new growth, it’s perfect for exploration. Badgers create paths as well. Theirs are punctuated by distinctive round snuffle holes marking the spot where they have grubbed for worms and beetles. There’s been copious digging; examination of a new latrine pit reveals their catholic diet with the remains of all manner of invertebrates. A woodcock sprints into the air from the leaf litter, as fieldfares leave their berry feast amid exuberant chatter and take to the sky in a flurry. 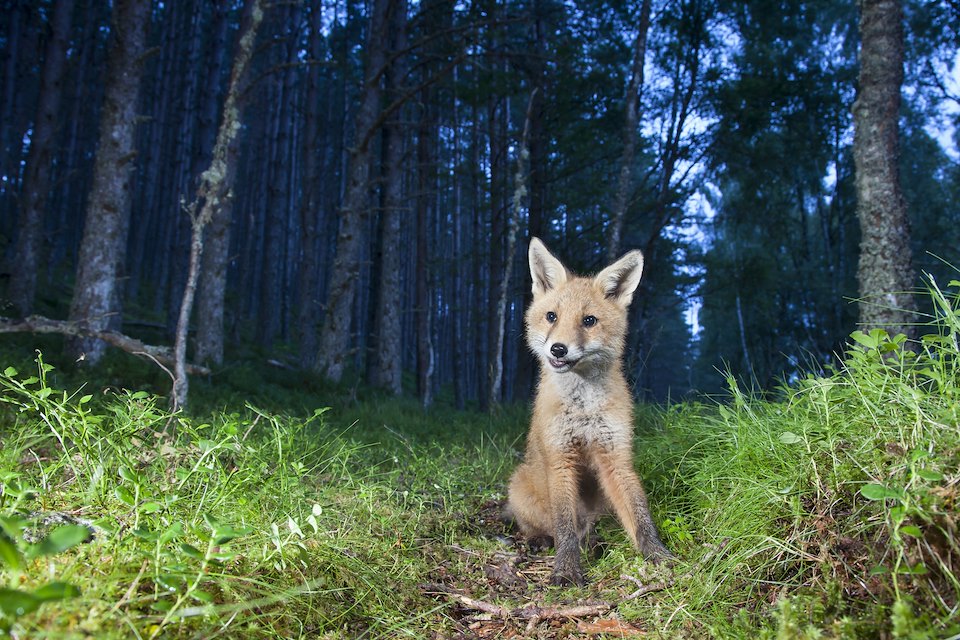 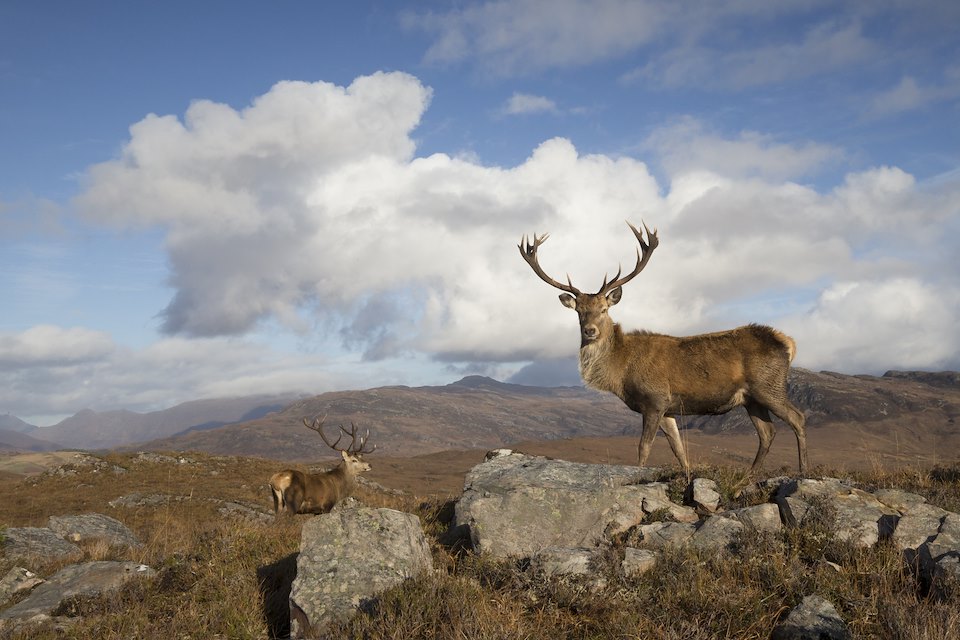 For as long as Freddy and I can remember, quiet forays into the natural world have been a precious part of our own. Even now that he is in his 30s' and I am nearly 60, they are as vital as during our childhoods – even more so. They provide peace and timeless absorption as we look, watch, smell and listen. There's no agenda; we go where the paths lead us.

We are the lucky ones for we were both children of nature. Sometimes we spend long days together on the vertiginous wind-scoured ridges of Scotland’s mountains, walking miles, inhaling panoramas stretching far below. We relish days when squalls and storms reveal the wrath of the elements. It’s enervating, inspiring and equally has the power to still. Even visits to a green space in the heart of a busy city can trigger that same glowing feeling that comes with a close encounter with the wild: a blackbird’s melodic serenade, a freshly-emerged dragonfly, wind in the hair, tadpoles, intricate lichen patterns on a crumbling gravestone, spiders' webs twinkling with dew.

All tiny pieces of an unfathomable jigsaw.

Such adventures, either alone or in company, are integral to my ability to deal with life. It is a life that has become faster and more furious; a mad world governed by screens and gadgetry where we are like manic wasps bombarded with a ceaseless onslaught of information. It makes us flit crazily from subject to subject worrying, fretting under interminable pressure. Many of us crack under the strain. We have lost the ability to live in the moment and are always thinking of the next thing, and the next. And the next.

One in four adults and one in 10 children will have a mentally related illness during their lifetimes. Mental health problems are universal and complex and manifest in dozens of different ways. From depression, angst, lack of self-esteem, to eating disorders, drug and alcohol abuse, and self-harm. Some severe mental health issues are clinical, while others have a tangible cause. Many people exist in a state of flux walking that fine line between coping, surviving and struggling. I was one of those people. 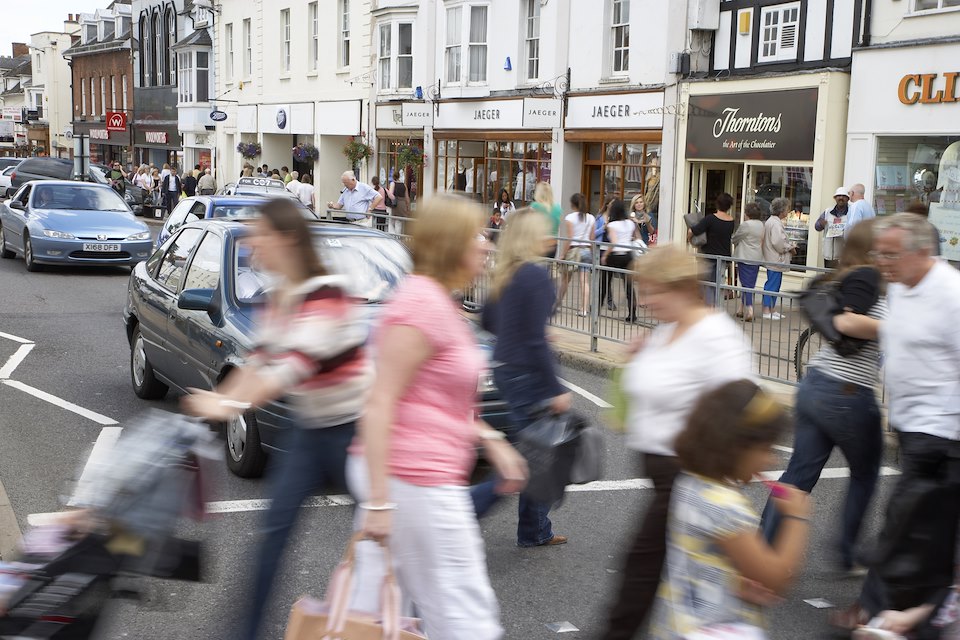 My parents parted company when I was seven years old. My father was a severe alcoholic, and though my mother protected me as best as she could, once they divorced, life changed. Being sent away to a boarding school that I loathed and crippled with homesickness, I now endured the mayhem caused by dad’s drunkenness. It led to bouts of debilitating anxiousness and a form of depression. Freeing myself from the darkness seemed impossible. During my teenage years, the situation worsened, and dad’s condition led to constant stress for us all. There was his erratic, loquacious behaviour and long spells in rehab centres, numerous occasions where he didn’t turn up or went missing for days. There were nights when he woke me in the small hours and we would blindly take to the road. His driving was terrifyingly erratic and after, in a drunken stupor, he would cry like a child over the loss of my mother.

I don’t blame anyone – my parents both did the best they could under the circumstances. Perhaps it may come as a surprise that I will always be grateful to them that the glorious places where we lived, and the freedom that they gave me to wander, provided the most powerful tool to help deal with my unhappiness, and instability: nature. Nature was reliable.

When I crossed the threshold of our front door, I was swiftly absorbed into a far safer world. And Ardnamurchan, that great sea-girt rock jutting out west into the Atlantic Ocean where I was fortunate to spend my formative years, always provided me with solace. It became my rock when I found myself in hard places emotionally. It was for me a paradise with its lush, stunted oak woodlands, its shores rich with life, its clear waters that unveiled perfect marine gardens brimming with vibrant treasure. There were wild red deer, otters, eagles, ravens and seals. I even saw wildcats. The hillsides and bogs, the steep dells on the burnsides away from grazing pressures, were studded with wildflowers and filled with the songs of spring migrants and the onomatopoeic calls of the cuckoo; delight, fascination, and grounding. My mother was also a child of nature. On reflection, I wonder if perhaps she knew that letting me go was a way to deal with a situation over which she had little control. Most importantly, my time in the wild taught me a basic fact: nature can salve myriad troubles, ease pain, yes, even physical pain, and soothe a tortured soul. 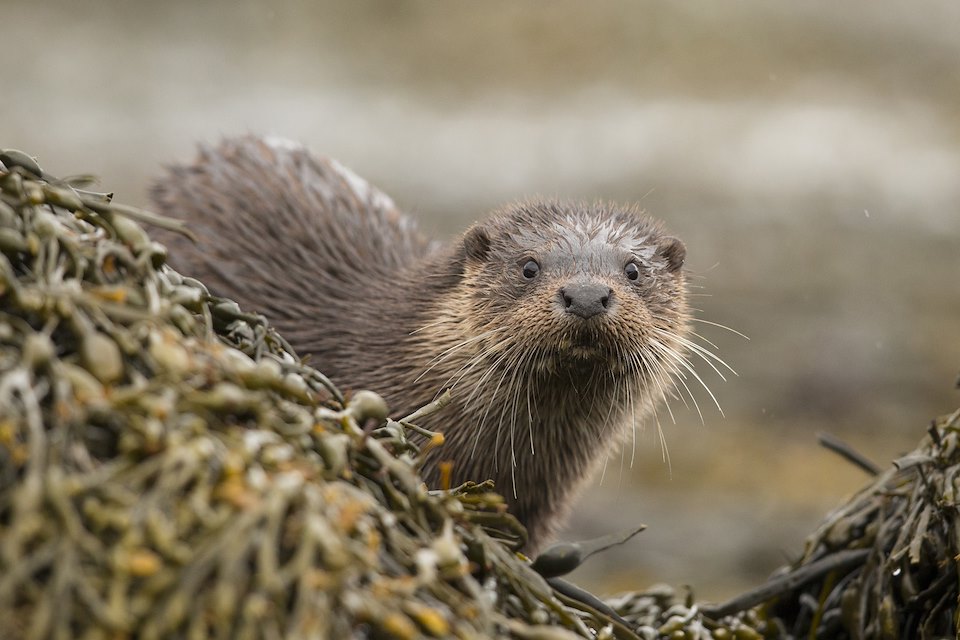 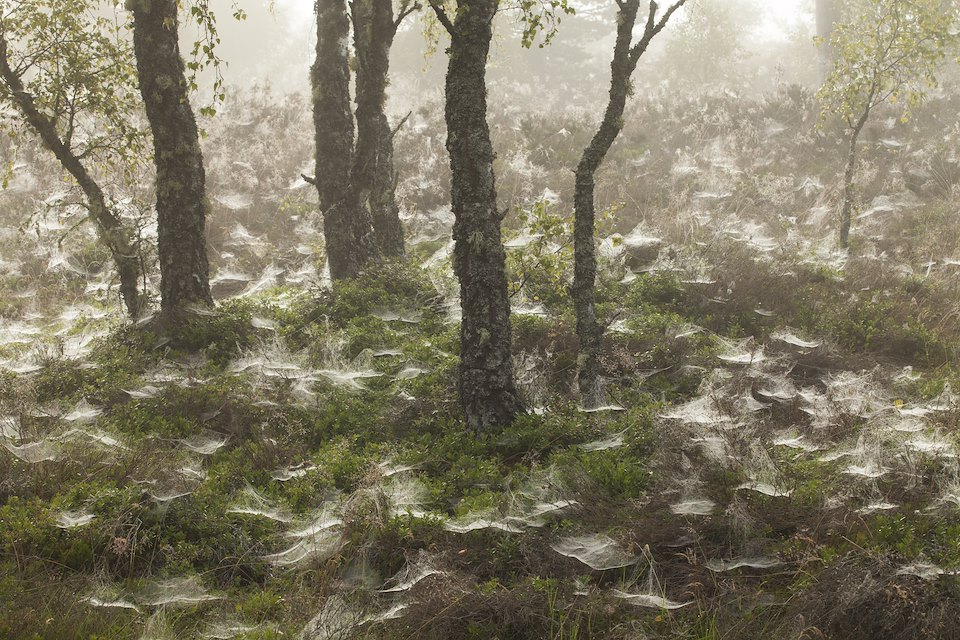 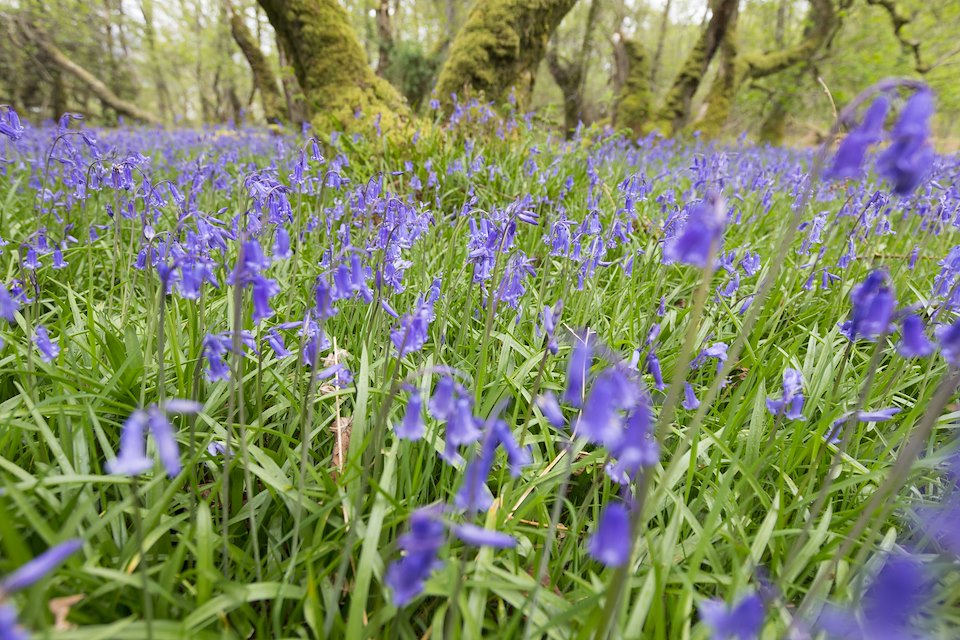 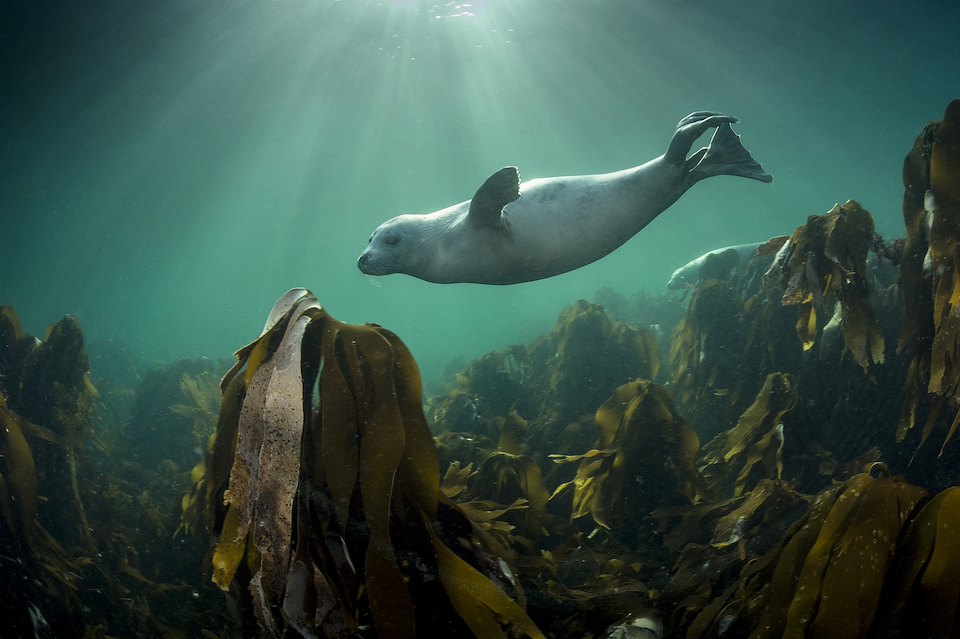 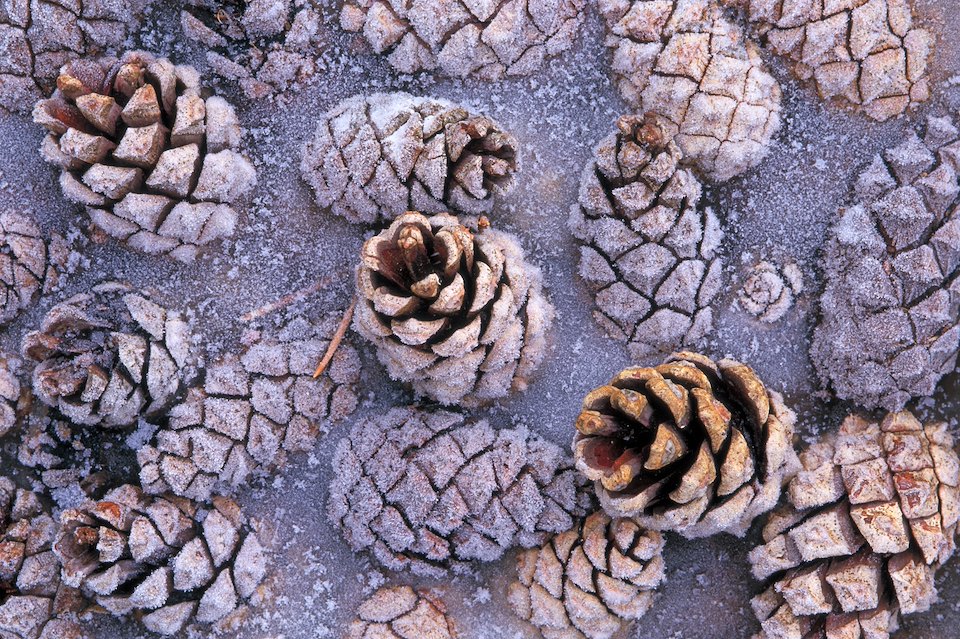 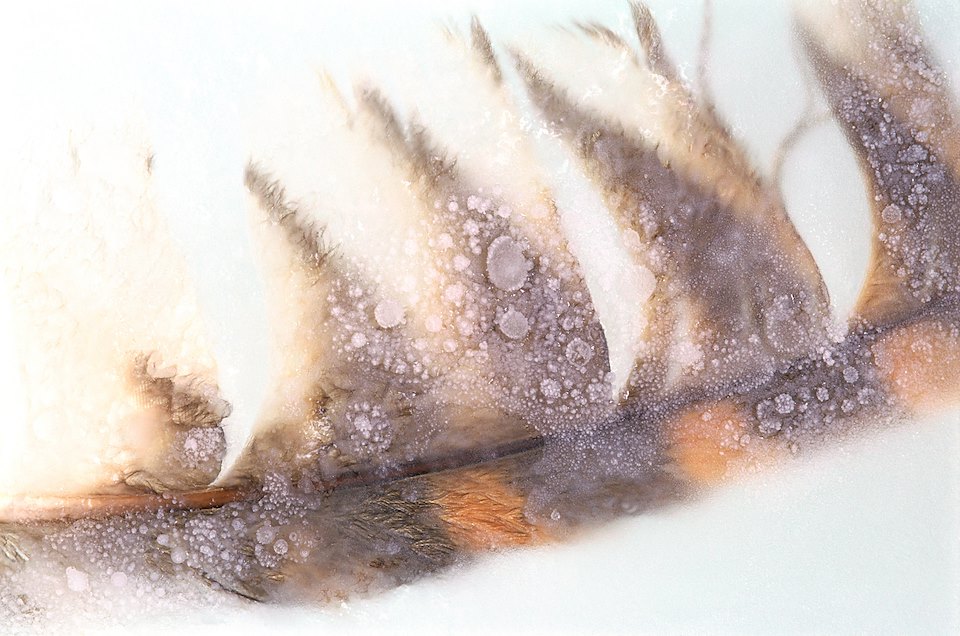 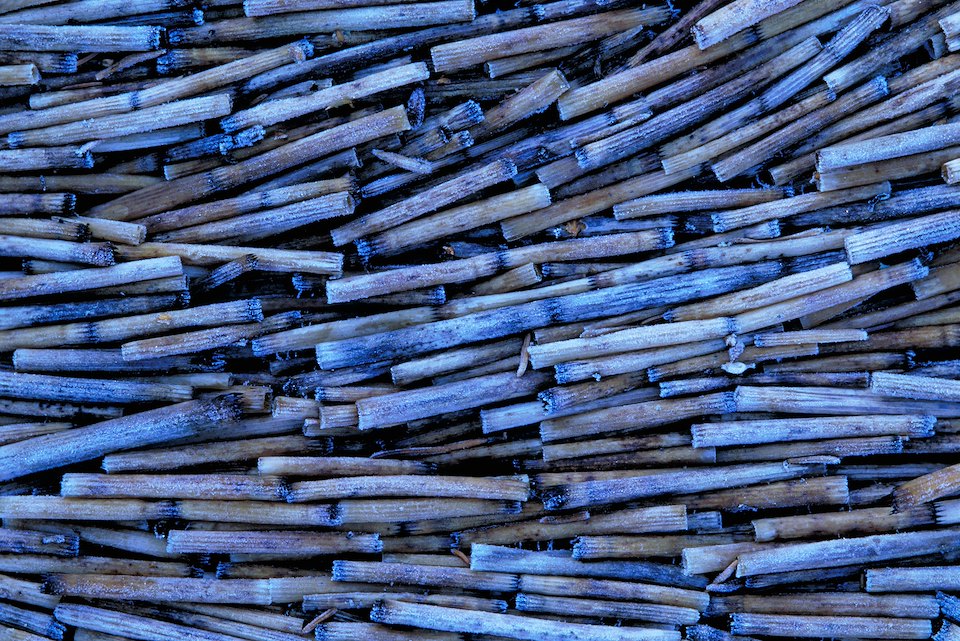 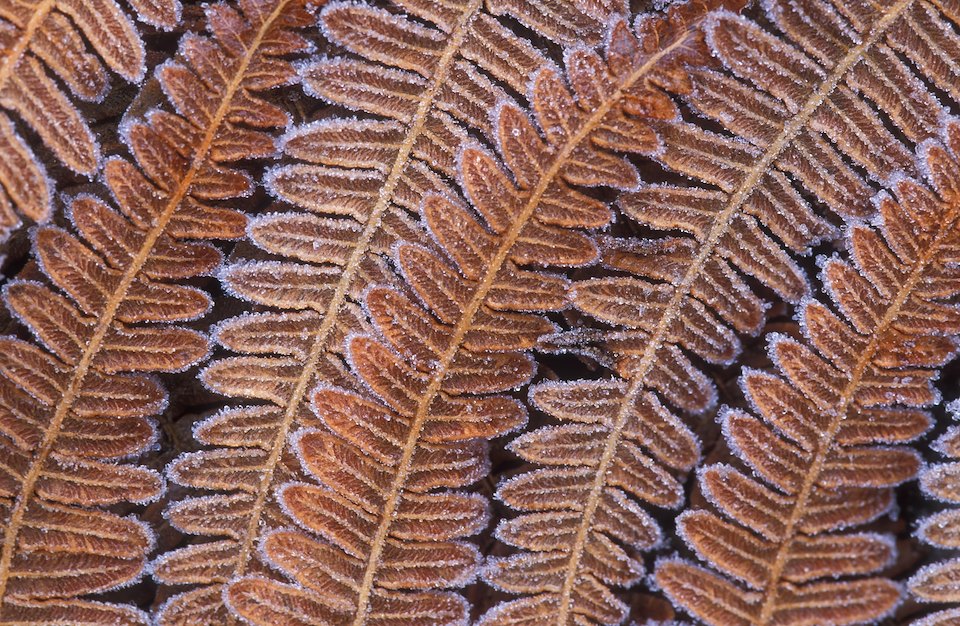 "Our lives are overcrowded, over-excited, over-strained. We all want quiet. We all want beauty. We all need space. Unless we have it, we cannot reach that sense of quiet in which whispers of better things come to us gently";

When Octavia Hill, founder of the National Trust, wrote these words, she can have had no idea how they would resonate today. Reading them now 125 years later, they are more pertinent than ever.

Richard Louv in his seminal book, Last Child in the Woods, describes the phenomena, Nature Deficit Disorder (NDD): the human cost of alienation from nature. Louv lists a diminished use of the senses, attention difficulties and higher rates of physical and emotional illnesses. He also states that our society is teaching people to avoid direct experience in nature. Research shows that spontaneous interaction with the natural world has declined by 90% since the 1970s.

Dr William Bird, a GP and founder of Intelligent Health, a company he set up to promote physical activity, states: "The outdoors can be seen as a great outpatient department whose therapeutic value is yet to be fully realised." In an interview for Outdoor Nation, he said: "Children who don't connect with nature before the age of 12 are less likely as adults to connect with nature. They, therefore, lose out on the resilience nature provides when you're really stressed." 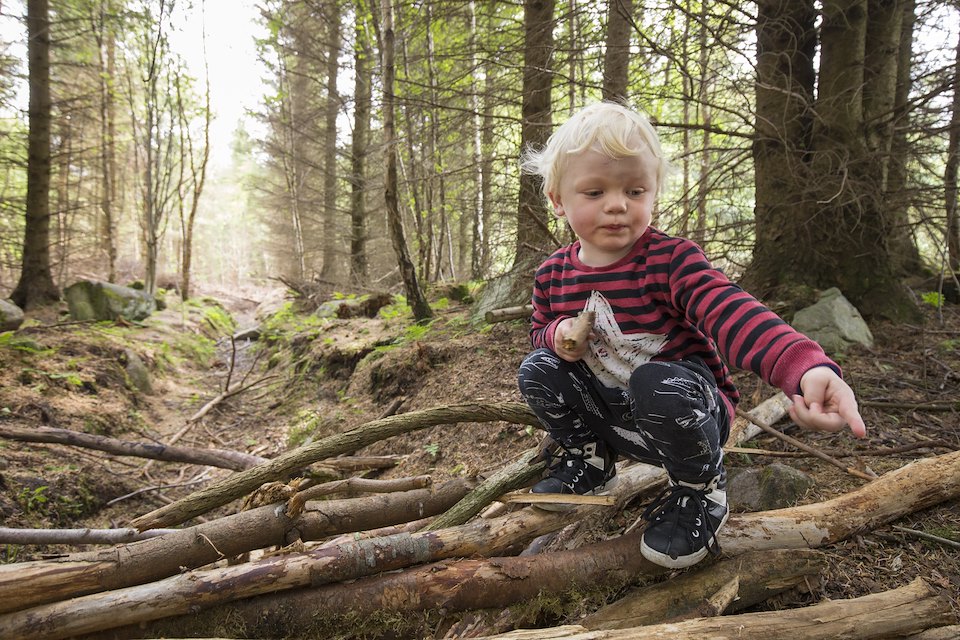 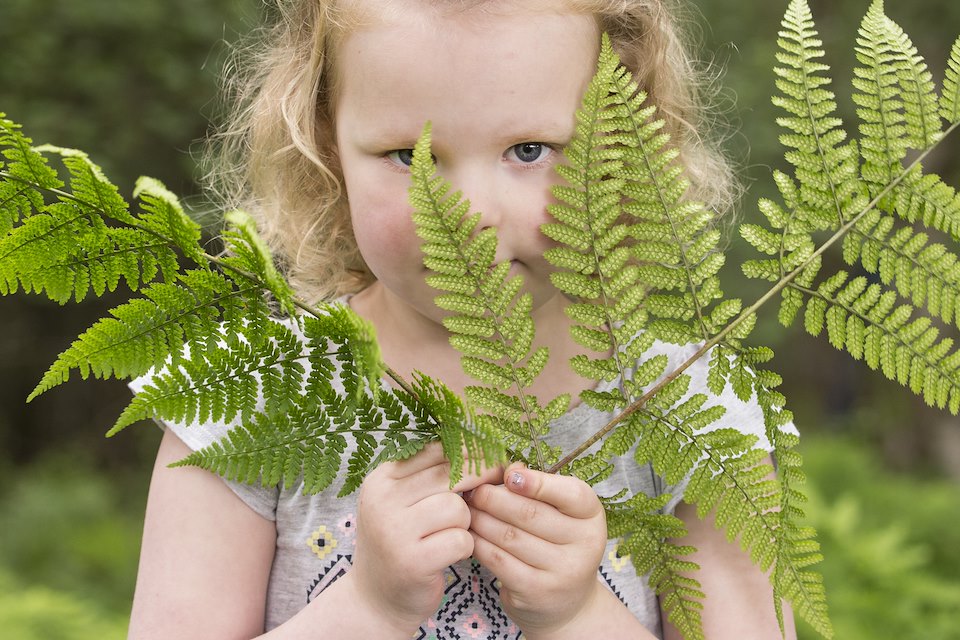 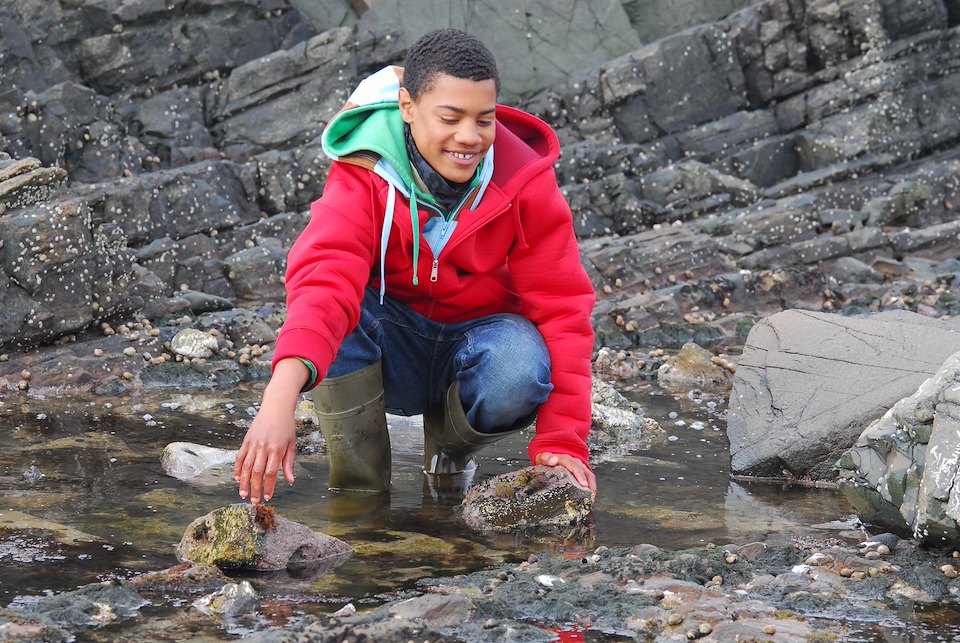 It's clear that nature's impact on our minds is dramatic and includes benefits to our cognitive functioning, which in turn leads to richer interpersonal relationships and enhanced behaviour traits. The fact that time spent in nature, regular exercise and fresh air also has such a beneficial impact on our physical fitness is without doubt. It has been proven to ease problems relating to allergies, while boosting the immune system and helping to lower blood pressure.

According to research by Professor Anne-Marie Bagnall of Leeds Beckett University’s School of Health and Community Studies: “For every £1 invested in targeted nature projects to tackle specialised health or social needs, there is a £6.88 return.” The report concluded that conservation activities should be encouraged as part of psychological wellbeing interventions. With a sharp escalation in people prescribed with antidepressants at astronomical cost to the NHS, prescribing nature as therapy for situational depression, for example, could prove far more effective.

So why have we become estranged from something we know provides society with countless benefits? Why do we eschew the services freely offered by the natural world? Dr William Bird says:

“People need to understand what they’re missing out on – something really fundamental, a connection with the rest of life.”

The fact that time spent in nature, regular exercise and fresh air also has such a beneficial impact on our physical fitness is without doubt.

In 2012, the revered naturalist and author Stephen Moss, produced a thorough report, Natural Childhood, for the National Trust. It is not only a thought-provoking revelatory call to arms, but it also explores positive ways forward to tackle the growing issues associated with NDD. It's not a nostalgic, romanticised suggestion of turning the clock back, but rather, it hopes to find ways that will lead to the nation’s children safely playing outside once more. Moss states that although NDD is frequently viewed as a problem mainly relating to technology and poverty, and perhaps exacerbated in low-income urban areas, it applies to society as a whole.  The report also explores the loss of safe play areas associated with a meteoric rise in traffic and the perceived threat of abduction. Shockingly, he reveals that one of the most dangerous places for children to be is in their own homes. Here, risks are manifold: electricity, chemical poisoning, fire, knives, the Internet, social media and many more. And worst of all perhaps is the fact that most incidences of child abuse are carried out by close relatives or family friends – at home. According to Richard Louv, children are banned continuously from various life-enhancing activities leading to the criminalisation of natural play.

When I received that devastating telephone call one summer morning and my uncle told me that my father had taken his own life, it shattered my world. Fuelled by adrenaline, I seemed to sail through the next phase. It was some time before it all came back to haunt me. Suicide leaves a gaping wound. It leaves dozens of unanswered questions, the why’s, the regrets, the wishing I had said and done so many things. And you cannot press rewind. The road ahead lay brooding and bleak. It was fraught with serious bouts of melancholia. Then entirely due to my natural childhood, and the time I spent with wildlife and my animals, I mustered an ability to come to terms with the premature loss of my father. I found a way to cope. Nature is my panacea, and its power is so reliable, so magical that we need to understand its crucial importance to each and every one of us. It is the reason why I reiterate over and over again that, “without nature, we are nothing.”

In the words of Richard Louv, "If we are going to save the environment, we must also save an endangered species: the child in nature." This is where each of us has a vital role to play because we can all be the guiding hand leading the younger generation on a journey that will be our salvation.

This story was kindly sponsored by Ballintean Mountain Lodge