Our relationship with the beaver is a complicated one. Over four centuries ago, we valued their scent glands, meat and fur so highly, we eventually exterminated them from Britain. Today, they’re back, and we’re discovering once again how valuable they are. It turns out that beavers are worth far more alive than dead.

On 1 May 2019, the Eurasian Beaver became a protected species in Scotland.

Its future, however, remains in jeopardy. Amid the celebrations, 32 licences had been requested to control the newly established animal, with 28 issued for dam removal or lethal control. We now know that, from this date until the end of the year, 87 beavers were legally killed in the catchments of the River Isla, Earn and Tay. Our habitat-creating, biodiversity-boosting, flood-preventing friend finds itself – once again – at a crossroads.

In one direction, its future looks bright, with the potential for moving beavers within Scotland to enable a greater and quicker expansion of its range, bringing their ecological benefits to more wildlife and people. The course we’re currently on looks bleaker, with shooting and other control measures in place to appease a minority. Right now, this is taking precedence over moving them to new areas. A shift in policy is urgently needed, particularly when there’s so much suitable habitat and a growing number of forward-thinking landowners, who would love to have these aquatic engineers working their magic on their land, breathing new life into rivers, lochs, wetland and woodland.

87 beavers were legally killed in the catchments of the River Isla, Earn and Tay.

Beaver activity supports a mind-boggling variety of species. Their felling and coppicing stimulate plant growth and diversity, attracting more insects, which, in turn, brings in more amphibians, birds and small mammals. Their dam-building creates deeper, cooler pools with more shade – ideal conditions for juvenile fish, such as salmon and trout. Waterlogged woodland speeds up the process of decay, creating nesting holes in trees for redstarts, woodpeckers and tawny owls. Bats benefit from an all-you-can-eat buffet of beetles, flies and moths; water voles gain from all the channels, canals and wetland created. Reptiles shelter in lodges; ponds bring frogspawn, toads, newts and wildfowl; otters make use of old beaver burrows. Well-established dams can become part of the landscape, acting as corridors across water for countless animals. 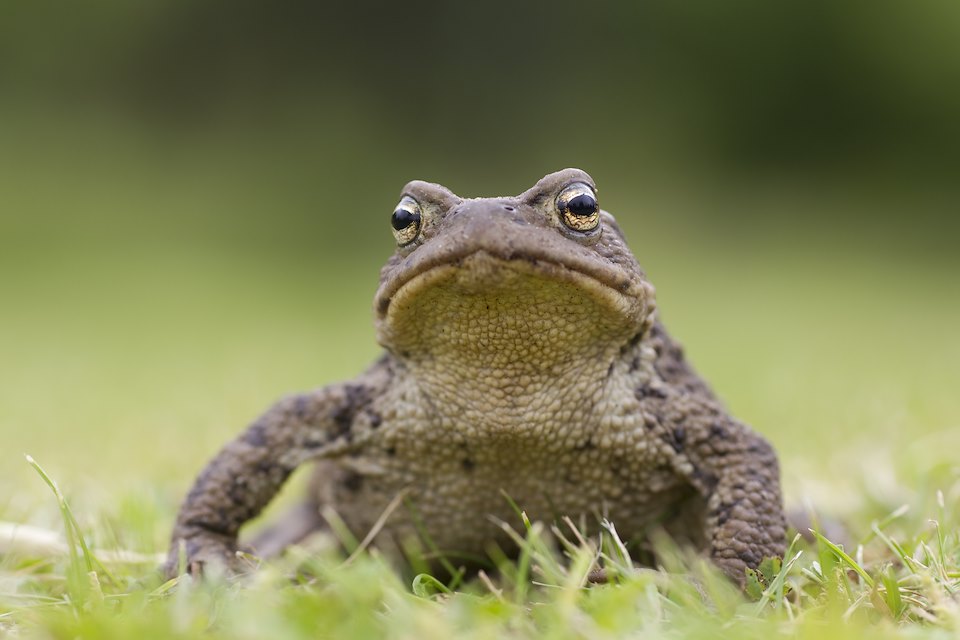 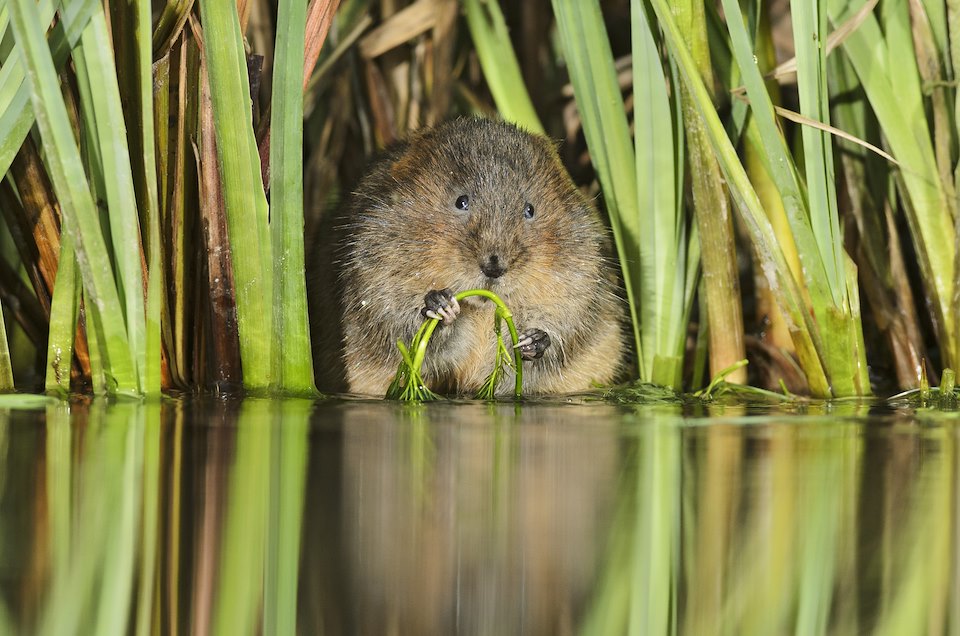 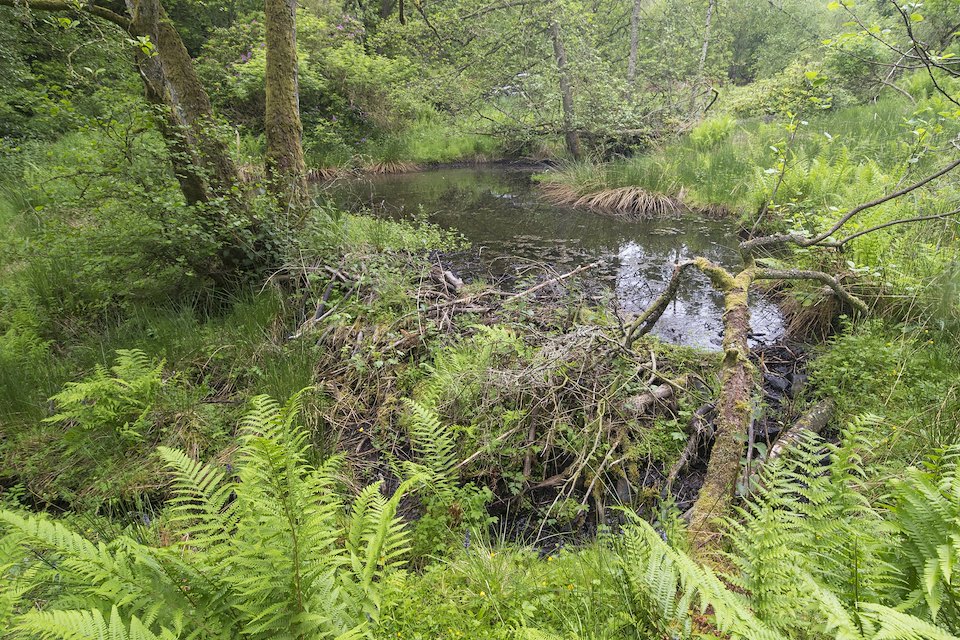 Beaver landscapes are intricate, complex mosaics that creates niches for a huge variety of species.

And what’s good for wildlife is also good for us. All that woody debris and the intricate networks of ponds, streams and dams, hold back immense amounts of water, and slow the flow downstream to farmland and urban areas, lessening the impacts of flooding. Their detritus acts as a giant filter for trapping sediment – often containing harmful nitrogen and phosphorous from agriculture – to improve water quality. That water retention can also come in handy during droughts, and with the increasing threat of wildfire, beaver habitat can stop it in its tracks. There is also that more intangible value: of walking through beaver country and the joy that can bring. Beavers are carriers of wellbeing; all they ask in return is that we leave them alone to get on with their work.

However, all these benefits are of little consolation if you own prime agricultural land in a low-lying area of Tayside that regularly floods. Here, even the most ardent beaver supporter should recognise that careful management is needed, especially given that the presence of beavers here - unlike at Knapdale in Argyllshire - is not the result of an official reintroduction, but rather escapes from private collections. But does that mean they should be shot or have their dams removed, when instead they could be taken and welcomed elsewhere? For the Scottish Wild Beaver Group (SWBG) and many other wildlife advocates, this short-sightedness is not only making a mockery of their ‘protected’ status, but is also a missed opportunity for meeting environmental targets and combating climate breakdown, as SWBG Trustee, James Nairne explains:

"In a biodiversity crisis, it just makes no sense for the Scottish Government to be wasting ecosystem-enhancing resources by handing out licences to shoot beavers. It would be such an easy win for biodiversity to translocate beavers from low-lying farmland in Tayside to new areas in Scotland, where their engineering can bring real environmental benefits.” 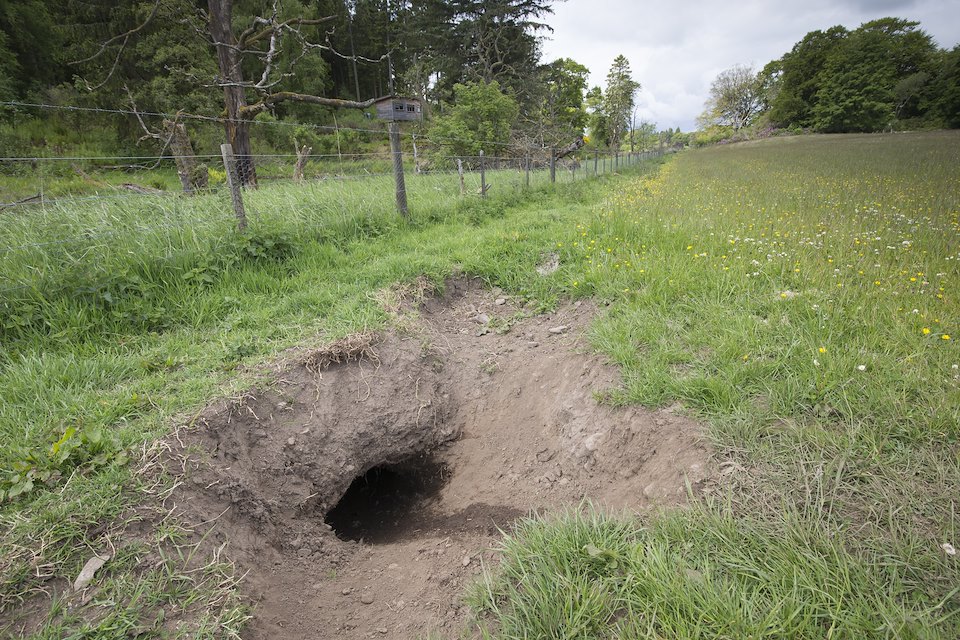 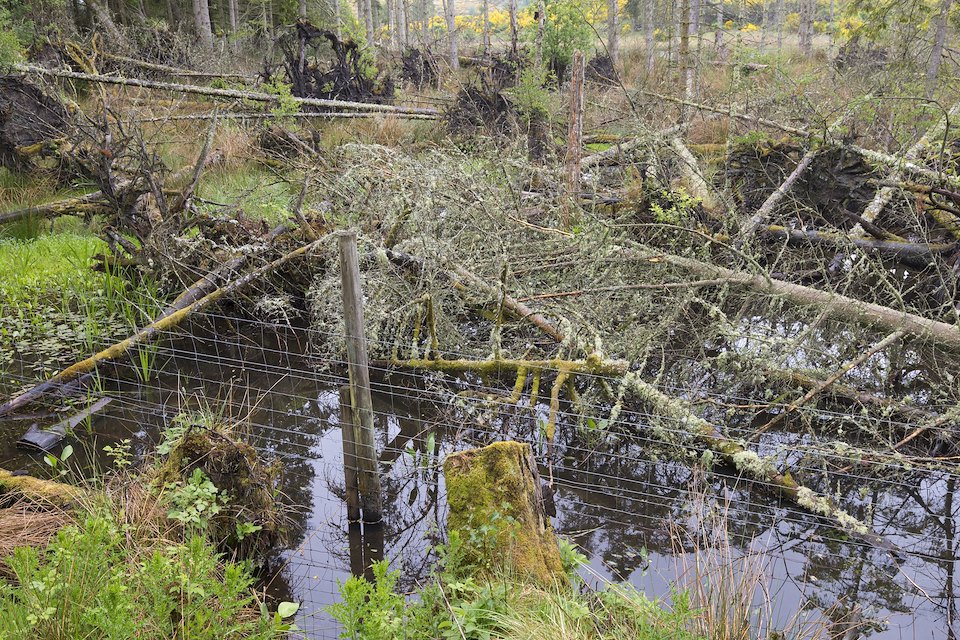 Beaver activity can impact on farmland and commercial woodland, such is their tenacity to engineer the landscape to their own ends.

The Scottish Government's current policy around beavers is limited to 'natural expansion only'. Despite a small number making their way into the catchment of the River Forth, and one reaching Loch Lomond, natural expansion is a slow process or - in some cases - impossible due to land barriers. This is certainly the case for the pioneering rewilding charity, Trees for Life, based in the Highlands. They have been planning for the return of beavers for over 25 years, including planting two of their favourite trees – aspen and willow – along rivers and lochs. Site surveys have confirmed they have ideal habitat on their doorstep. Yet to make this a reality, translocation is needed, as Trees for Life’s Conservation Manager, Alan McDonnell, points out:

"For us, there's no doubt beavers could make a sustainable comeback to the Highlands if they could get here. They would boost Scotland's response to the climate emergency and the ongoing decline in biodiversity. They're a keystone species which creates opportunities for other wildlife. Beavers regenerate the bankside vegetation they feed on and their populations adjust to the amount of habitat available in an area, so many of our rivers and lochs could sustain populations. Not only that, but beavers in many Highland catchments would have very limited potential for conflict with other land use interests, so there are real possibilities for a win-win result here."

In fact, as Scottish Natural Heritage's (SNH) 2015 Beavers in Scotland report shows, there's an abundance of suitable habitat stretching almost the entire length and breadth of the country; a web of land that could once again be shaped and reinvigorated by beaver activity, to reach its full ecological potential. Beavers can be the beating heart of an ecosystem; the river channels and wetlands they sculpt acting like blood vessels that connect to form a network of habitat niches. We have the space; now we just need the political will. Faced with an opportunity to both reduce beaver conflict in prime agricultural areas, and bring benefits elsewhere, why kill them when we can move them?

Opponents to this approach may argue that natural expansion allows for a period of adjustment: for Scottish people to get used to the idea of living alongside beavers, after an absence of 400 years. But we live in unprecedented times. Our environment needs beavers more than ever, to help restore vitality to broken ecosystems and provide some resilience in the face of increasingly extreme climate pressures. Areas of western and northern Scotland would greatly benefit right now, but without translocation, it may be decades before beavers return. We can’t afford to wait that long.

For every beaver shot in Tayside, a territory becomes vacant, and is then filled by a sub-adult. A vicious circle of killing and reoccupation follows, that stymies natural expansion and genetic diversity. Every beaver shot is a missed opportunity to catalyse natural processes, revitalise river systems and make our country more ecologically rich and climate change ready. There is arguably no other creature on Earth that can do more to quickly address the dual crises of nature loss and climate breakdown. 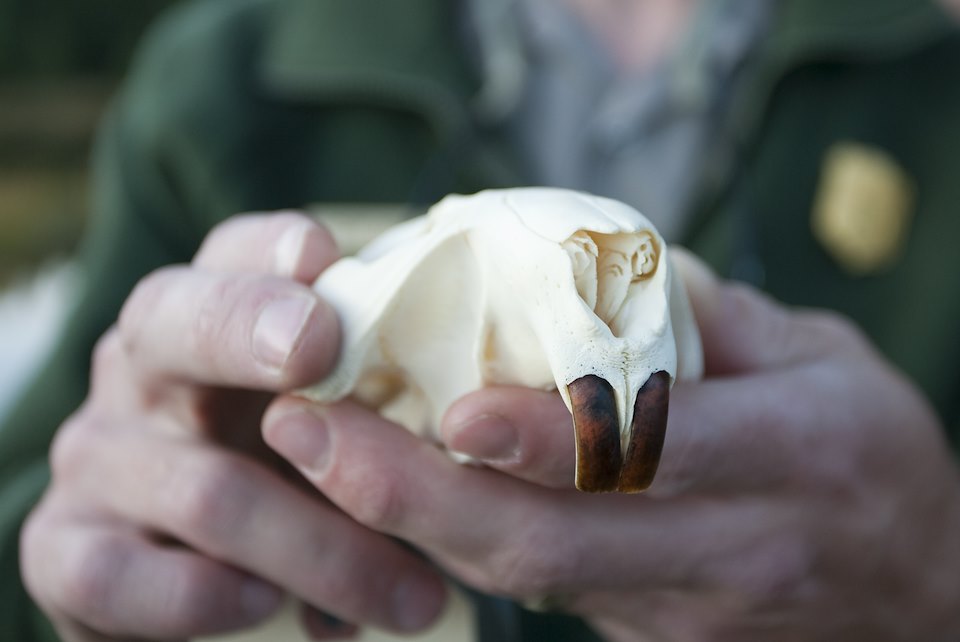 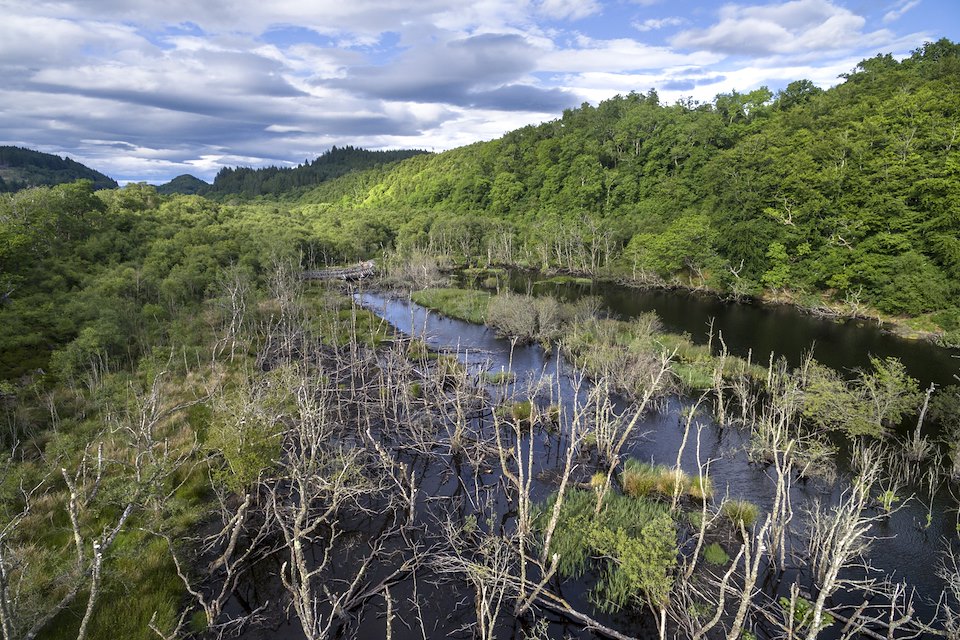 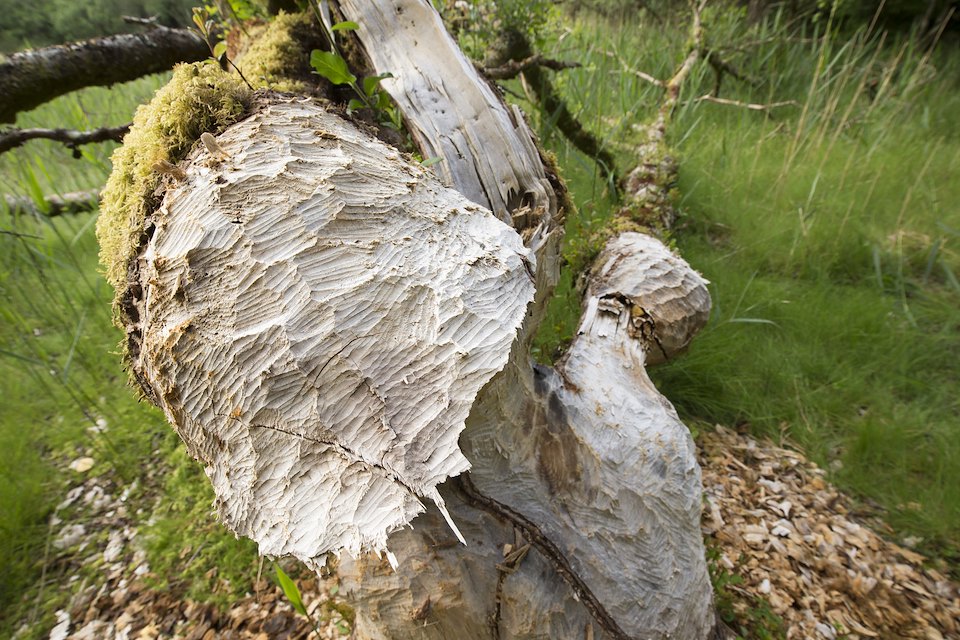 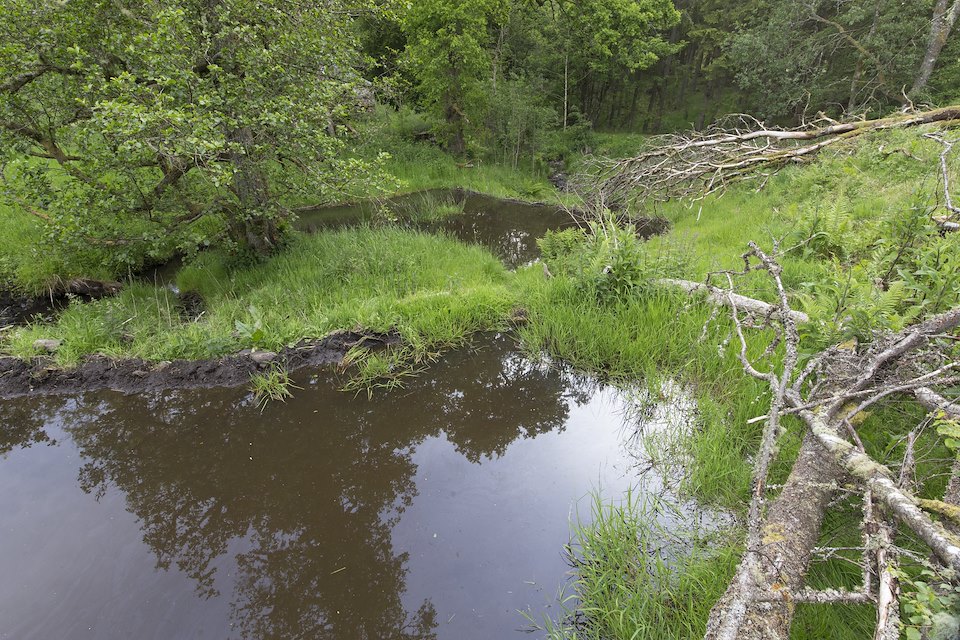 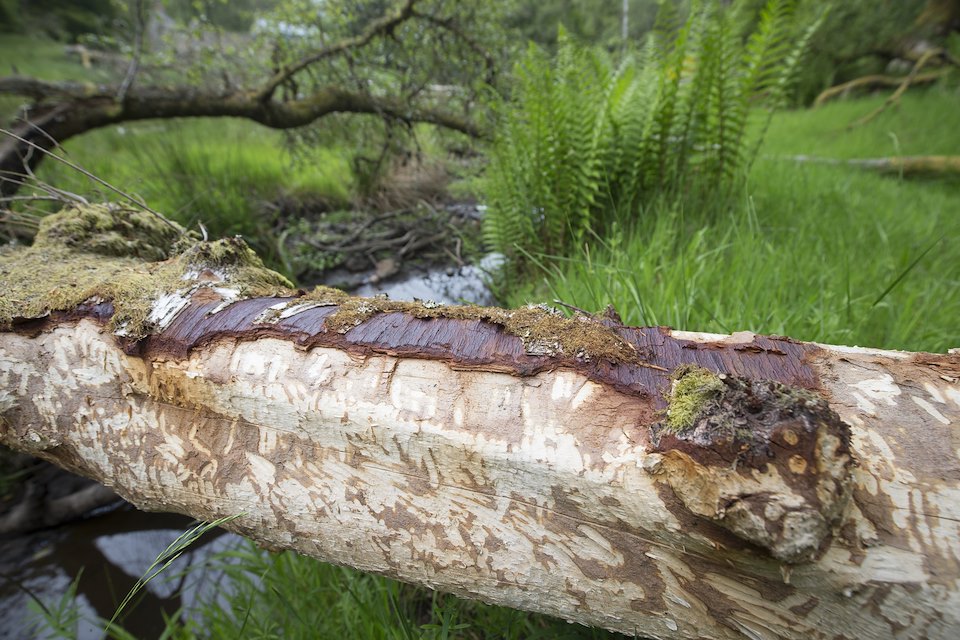 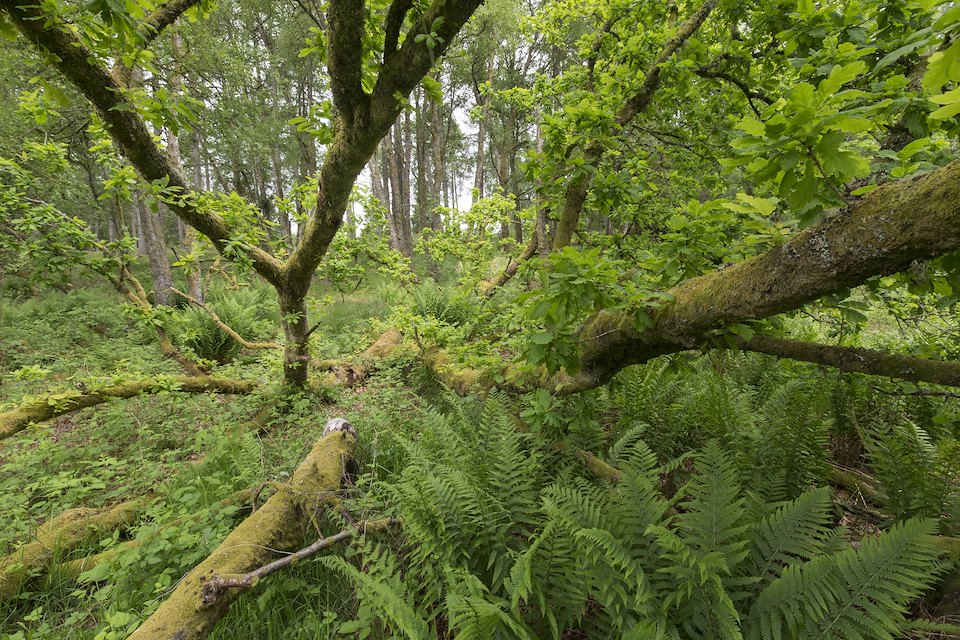 Equipped with incredibly efficient incisors and powerful limbs, beavers chew, dig and build their way through wood and wetland, transforming whole landscapes as they go.

What the Scottish Wild Beaver Group and many others are asking for is by no means radical, or a venture into unchartered waters. Tayside beavers have already been moved in small numbers to reinforce the isolated colony at Knapdale, as well as being transported to various sites in England as part of flood mitigation trials. So why not extend this to other river catchments in Scotland? The process has been proven to work well both here and across continental Europe – 25 countries have felt the rewards of reintroduction. From a precarious population of around 1,200 at the start of the 20th century, Europe is now home to over 1.2 million beavers. In Bavaria, Germany, 12 million people live alongside 23,000 beavers. Meanwhile in Scotland, we have a hard time coexisting with around 450.

Bavaria can teach us much about how we can learn to live with beavers. Its government has allowed 10% of all state-owned land to be returned to nature. Farming within five metres of a watercourse is prohibited, minimising human-beaver conflict and reducing river pollution from topsoil run-off. A compensation scheme is available to foresters, farmers and fishery owners if their livelihoods are impacted by beaver activity. Around 1900 beavers are still killed each year as a last resort (most are euthanised as the use of shotguns is illegal), but the population is such that even losses on this scale don’t impact on the overall population.

The fact that we don’t already have beavers across Scotland is mystifying, given the Scottish Government has attached so much importance to improving biodiversity. They have bold targets to meet; they talk of a deeper awareness of how intertwined nature and human life is; that healthy, self-regulating, fully functioning ecosystems can enrich our lives; that nature has intrinsic value. But they are also facilitating the killing of the very creature that can help achieve its objectives.

The fact that we don't already have beavers across Scotland is mystifying.

We’re not thinking big enough: we don’t need fewer beavers; we need many, many more. The beaver’s ability to reshape our landscape for the better is so profound they should be embedded in our national consciousness – they should be widespread and accessible to everyone. We should all have access to beaver country. If the Scottish Government is serious about making our nation more ecologically rich and righting the wrongs of the past, they must allow beavers to be relocated rather than removed.

We need to make beavers mainstream once again.

Where to see beavers in Scotland:

This story is kindly sponsored by The Beaver Trust