Conflict over land use in the Scottish uplands is nothing new. Environmental scientist Isla Hodgson, argues that the debate over driven grouse shooting is part of a global epidemic.

In 2017, the Scottish Government commissioned an independent report - led by geographer and environmental scientist Professor Alan Werritty - to investigate the ecological impacts of grouse moor management.

This subject has long divided the myriad groups with an interest in how Scotland’s uplands should be utilised. Werritty’s investigation was yet another attempt in a long line of efforts to reconcile disagreements over issues like the illegal persecution of birds of prey, the widespread culling of mountain hares, and the routine burning of heather. 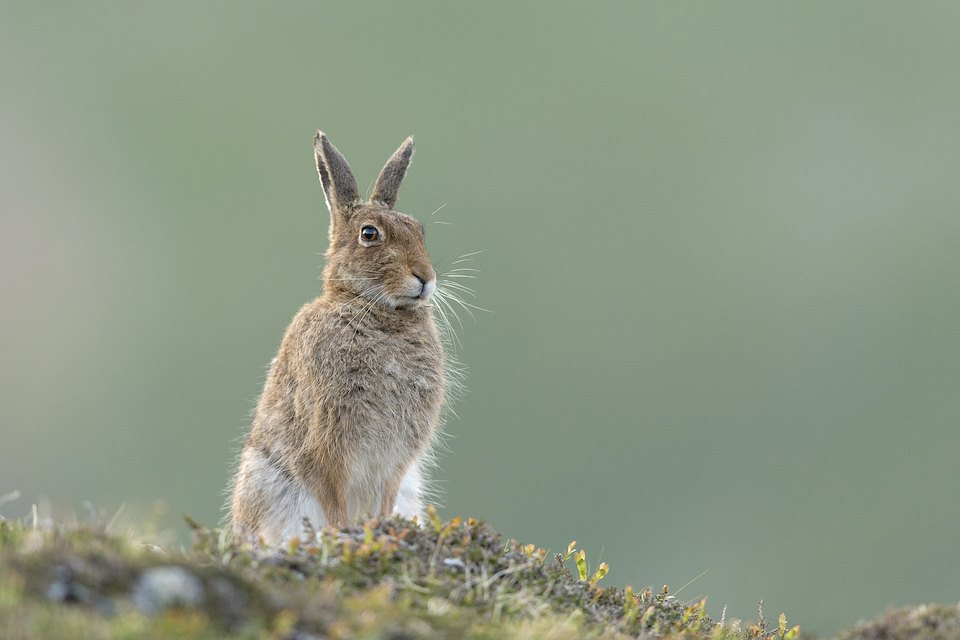 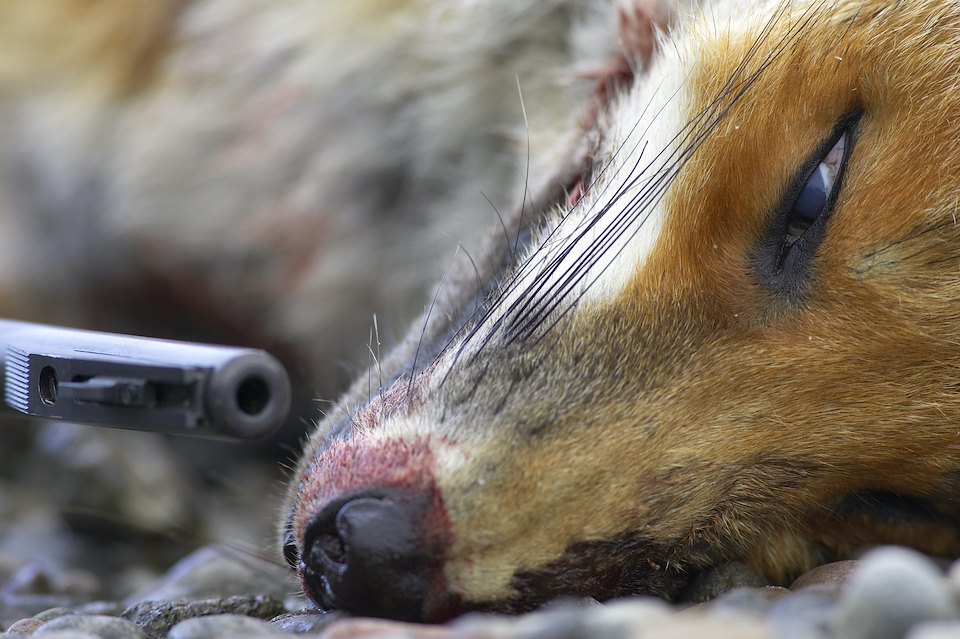 These controversies have been the source of deep-seated tensions for years, exacerbated by continuous failures to successfully overcome them. Examples include the Langholm Moor Demonstration Project, a long-term scientific study aimed at testing the viability of methods that would allow grouse shooting to thrive alongside healthy populations of predatory birds, such as hen harriers. Although some techniques, such as diversionary feeding, showed potential, they are yet to be widely taken up by shooting estates. This, and other knowledge-sharing processes, have collapsed as interest groups have failed to agree on fundamental principles. Following mounting public and political pressure, the Scottish Government has threatened grouse shooting estates with more severe restrictions, yet there have been no substantial changes to the way grouse moors are managed. Friction between supporters and opponents of driven grouse shooting has escalated to a point where compromise is seemingly unattainable, disagreements intractable.

There was hope that the Werritty review would engineer positive change. But the eventual outcome proved to be just as divisive as the frayed situation it endeavoured to mitigate. Those calling for stronger action to regulate management practices were dismayed by the recommendation of a ‘five-year probationary period’ before licensing should be enacted; whereas supporters of grouse shooting criticised the suggested changes, concerned it would jeopardise an industry with a strong cultural heartbeat. Alex Hogg, chairman of the Scottish Gamekeepers Association, said in an interview for Scottish Farmer that the recommendations - along with similar proposals for deer management - would be “frankly damaging” to rural businesses. If the Scottish Government chose to act upon them, then Hogg warned it “may find it begins to lose the goodwill of a key rural sector.” It seems that even the recommendations made by the review itself, which was designed to be impartial, were eventually weakened by internal politics within the panel. We have landed back in limbo, waiting to see where the political pendulum will swing next.

This contentious story is nothing new. Far from being restricted to the Scottish uplands, what we are seeing here is more of a global epidemic. Conflict is seen as an inevitable result of competing interests, where land use threatens a protected species or habitat, and vice versa. Therefore, in theory, the best way forward is reconciliation.  Some of these efforts may seek to satisfy one interest over the other; a ban or restriction of the land use in question, or the provision of compensation to help relieve the costs of living alongside wildlife. More popular these days are options that look towards ‘win-win’ outcomes. Processes that seat interest groups around the table aim to share knowledge and search for joint, mutually agreeable solutions – or, that elusive enigma, compromise.

On paper, resolving conflicts in this way is logical. In real life, however, we find ourselves at a loss. Knowledge is contested. Compromises are rejected. Parties refuse to collaborate. Negotiations fail.  It’s not that creative solutions don’t exist; it’s that people are unable – or unwilling – to engage with them.

I became interested in such dynamics a few years into my career as an environmental scientist. I found myself regularly stumbling into walls that couldn’t be broken down by science or policy alone. The realisation dawned that conservation is less about studying species, and more about understanding and communicating with people. When it comes to tackling our greatest, most complex environmental challenges – like climate change - we aren’t talking about just making ecological changes. Our landscapes are home to diverse groups of people, who view, value and use nature in different ways; conservation is therefore embedded in a wider social and political context. Altering the status quo will challenge tradition, social hierarchies and cultures – the suggestion of change, for many, threatens their very way of life. Conflicts are often not just about clashing interests, but deeply rooted elsewhere.

"Far from being restricted to the Scottish uplands, what we are seeing here is more of a global epidemic."

With the rise of social media, these apparently superficial disagreements can quickly escalate into something heated. As conflicts grow, we lose nuance and perspective in favour of prejudicial, almost tribal, assumptions. Lobbyist groups form, public petitions rapid-fire around the internet, and sweeping, generalised statements are made in 280 characters or less. Here, political strategy dominates. Middle-ground is non-existent, compromises unreachable.

When I began studying the grouse shooting debate, I came from a marine background and knew relatively little. But I did know that I was interested in the voices I wasn’t hearing - those on the ground, at the local level. Away from the tribal rhetoric, the misinformation, the blogs, the sensationalist newspaper articles, what was it exactly that tipped people over the edge, from cooperation into conflict?

To delve deeper would require more than simply attending meetings between various interest groups; it took me years, and a lot of listening to folk from all backgrounds to even scratch the surface. I spoke to gamekeepers, land managers, raptor monitors, ecologists and NGOs, with more of an open-ended approach than my previous training had allowed. For once, I was without hypotheses. As uneasy as this made me, it allowed that nuance to come through. Our discussions covered the usual suspects – illegal wildlife killing, muirburn, environmental stewardship. But over time, a deeper picture began to form: not of what the debate was about, but how people acted within it, and why.

I came to think of people’s reactions to conflict as either ‘fight or flight’. Interviewees would typically adopt an antagonistic position or choose to avoid the situation entirely. These reactions were deep-rooted in a whole suite of social and political dilemmas, fuelled by a distinct lack of trust in the ‘other side’, as well as policymakers and those in power. There was a complex relationship between gamekeeper and landowner, as well as concerns about the increasing popularity of factoring agencies and the intensification of moorland management. This, of course, was not everyone’s view, but it was more common than we might think, and featured in the narratives of not just the opponents, but the supporters of grouse shooting. 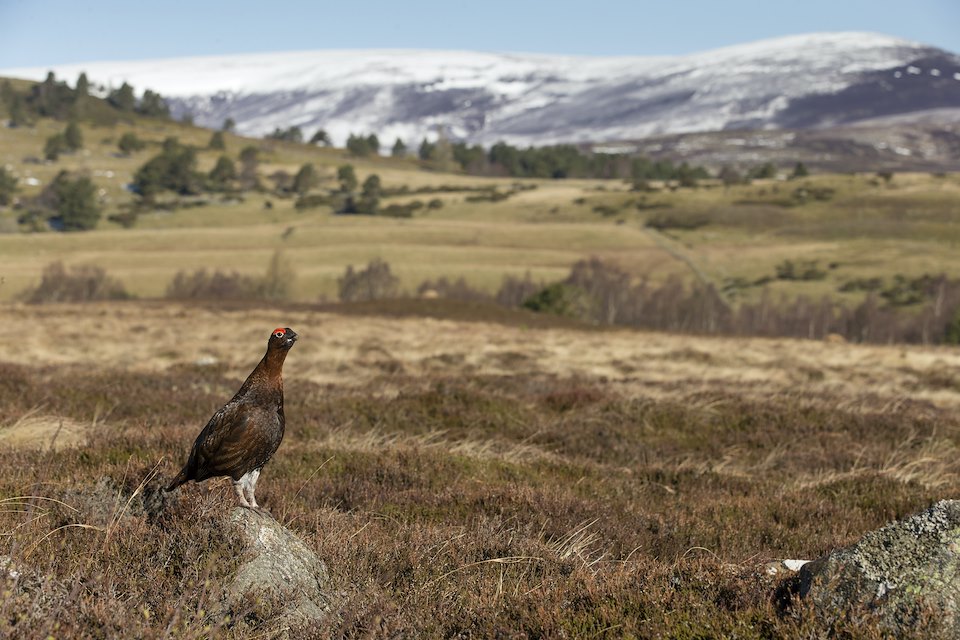 "As conflicts grow, we lose nuance and perspective in favour of prejudicial, almost tribal, assumptions."

One hugely important finding in my studies was that a large proportion of interviewees simply wanted to disengage with the debate. Although they openly discussed the need for change, they felt let down by the management decisions made “higher up”. There was no-one they trusted to adequately represent them, and so effectively, their voice was lost. Disapproving, or even embarrassed, by those currently in positions of authority – on both a public and political stage – such individuals chose to avoid discussions and meetings because they felt their own stance was “drowned out by those who shout the loudest”. So, they asked, what was the point in even trying?

Those who took a defensive stance did attend meetings and join in the debate, but not to engage constructively or find solutions. They too felt powerless but reacted in a way that expressed a need to band together with those who held similar values, and fight for their collective group identity. The commonality here does not pertain to interest groups, but a general sense of feeling threatened and ‘on the back foot’. When we look at psychology or other explanations of human behaviour and decision making, it makes complete sense.

From the natural world, we know that the fight or flight instinct is prompted by a threat – perceived or real. In conflict, to compromise or accept change is a risk; there is a danger the other party will take advantage of you. Certain factors will influence whether you take that risk: for example, levels of trust, relationships, and whether you perceive that you have an equal capacity to influence and make change. What matters most in this decision is not what the science says, but how it is communicated and by whom; not what the policy entails, but who has a hand in its design and how it is implemented. These themes – of trust, transparency, governance and power – are evident in conservation conflicts across the globe: human-elephant conflict in Gabon, geese on Orkney, the management of Marine Protected Areas, even with species that are yet to be reintroduced. It is these factors that cause technical or monetary solutions to falter, laws to be ignored, and knowledge to be challenged.

And yet, despite these setbacks, we continually focus on resolving disputes. Picture an ardent gardener, battling weeds. You can cut a dandelion at the head, but eventually it will pop up again and slowly the weeds will spread. To fully tackle them, you need to get to the root. Conflicts are much the same: we need to work on the root causes, as well as the visible arguments, to address the whole problem. And dealing with conflicts effectively is incredibly important – because we don’t have time for them.

"It's not that creative solutions don't exist; it's that people are unable - or unwilling - to engage with them."

With the indiscriminate and unyielding effects of climate change upon us, this is a time when we are facing challenges much bigger than ourselves: crises much more severe than divisive rhetoric, which transcend politics and will affect us all. This should be the cause behind which we can all unite. But facing this problem requires landscape-scale, sustainable change - and for many, this involves compromise and difficult decisions. For that, we need to address these systemic social and political issues: closing the gap between local and national actors, providing those on the ground with adequate representation and the capacity to make change. We need to include local communities in conversations from the start and allow them to have a key role in environmental governance. Improving trust and creating strong relational foundations will provide a solid backbone on which to move past disagreements as they arise.

The uplands can provide major carbon stores, as well as diverse ecosystems. Those who own and work these lands will play a pivotal role in safeguarding them. If it is implemented, then licensing for moorland management should not only be a tool to penalise those who break the law, but a springboard from which to create long-lasting, socially-cohesive change, where estates are supported to evolve and adapt while retaining their cultural heritage. Yes, the illegal persecution of raptors is a serious barrier – but we must also tackle the wider social and political context in which it has become so embedded.

Perhaps then, our choices won’t be restricted to just fight or flight, but will open up to  myriad opportunities.

CHECK OUT THE WERRITTY REVIEW HERE