With global nature loss inextricably linked with climate breakdown, the place for top predators in a future Scotland, is an increasingly pressing discussion. Gordon Eaglesham explores the complex and evolving science around the foundational role of large carnivores in living systems around the world.

There was a time when the pyramid of life that is an ecosystem, was said to be controlled from the bottom-up: the smallest organisms being the driving force for everything else in the food chain. But what if the animals at the top of that system – the large carnivores – exerted a similar level of control? Could it be that these top predators set off a chain reaction that trickles all the way down to the foundations of our living systems, and that this ripple effect is not only significant, but essential?

The worldwide decimation of large carnivore populations at the hands of humans, makes for sobering reading. Around 80% of large predators are in decline – 64% threatened with extinction. A 2017 study found their historical ranges had nosedived in a startling number of cases. Populations of tigers, lions and cheetahs have all plummeted by over 90%. Poisoned, shot and persecuted for trophies and traditional medicine, large carnivores are arguably the most unwanted group of animals on the planet. But why?

Much of it has to do with the fact that it’s politically and culturally easier to keep them at artificially low levels or, remove them altogether. Our lives are easier when we don’t have to contend and compete with these animals - we see them as a threat to our ways of life. They compete with us for prey and game, they are seen as dangerous, and they must be controlled. From children’s books and films to sensationalist media headlines, we’re conditioned from an early age to believe that large predators are something to be feared and avoided. We need to protect our interests so they must go. But what if, despite our fears and cultural beliefs, we actually need large carnivores? What if, from an ecological perspective, their disappearance spells disaster? What if without them, the pyramid of life starts to quickly crumble?

In 1986 when an enormous hydroelectric dam flooded the Caroni Valley in Venezuela, leaving only the man-made Lago Guri Islands – hills surrounded by water - large, wide-ranging predators, such as  jaguar, puma and harpy eagle were quickly rendered homeless, leaving a host of herbivores, big and small, to feast on the foliage and multiply to extraordinary densities. The forest never stood a chance. The islands became hostile worlds of bottom-up regulation, overrun with leaf-cutter ants, iguanas, howler monkeys and bird egg-eating capuchins. What used to be prime tropical forest was stripped of its understorey. It fought back with toxins and thickets of thorns and vines, which did their best to smother the trees and block out the sun – preventing regrowth. The pollinating, seed-dispersing bird life vanished along with many other creatures, and the islands became largely treeless. Look up ‘ecological meltdown’ and you often find your way to Lago Guri.

So, could it be that plants rely on the regulatory role of top predators? Could a similar unravelling occur elsewhere? When you start digging, similar cases pop up all over the place. The decades, sometimes centuries-long absence of large carnivores across the United States, led to unchecked browsing of plants by various deer species on a massive scale. In Utah’s Zion National Park, increasing human presence beginning in the mid-1930s, drove out healthy populations of cougar, causing an explosion in mule deer numbers. Riverside woodland regeneration dropped off a cliff. In 2006, a study comparing biodiversity levels in the Park found that where cougars were common, wildflowers were far more abundant. Cougar areas held over 100 times as many amphibians, three times as many lizards and five times as many butterflies as areas where the big cats were rare or absent altogether.

Between 1880 and 1940, a similar story played out in the Yosemite, Olympic, Yellowstone and Wind Cave National Parks, where wolves and cougars were either hunted or trapped to extinction, or displaced by human disturbance. With the carnivores gone, more herbivores came out to play, and as the ancient landscape of fear between prey and predator faded, browsing pressure grew. Soon the vegetation structure changed, and new growth couldn’t get going in the presence of so many hungry mouths. Woodlands began to age and wither as new generations of trees struggled to establish. Fewer nutrients made their way into rivers, which were more susceptible to erosion in the absence of tree roots binding the soil. The pyramid crumbled and species by species, almost imperceptibly, the once common, became rare.

Where cougars were common, wildflowers were far more abundant.

You would think then, that habitats free of predatory pressure would be a paradise for deer. Initially yes, but press the fast forward button and you find starvation, disease and less resilient herds. Overgrazing can soon mean there isn’t enough food to go around, and predators are well known for selecting older and weaker animals. Without their interventions, the spread of pathogens may extend further and weaken entire herds. It’s still early days in terms of substantiating such effects, but one study has been undertaken in Yellowstone spanning more than 20 years, and the findings are fascinating.

Through the predation of weak and sick deer, wolves have improved the overall health of the herd by stabilising their numbers and reducing their susceptibility to starvation and extremes of climate.  During especially dry years when vegetation growth is low, wolves turn their attention to battle-weary, malnourished males, leaving females to reproduce. With more consistent herd sizes within the carrying capacity of the land, the deer are better placed to endure harsh winters and the droughts that are becoming a regular feature in the region. 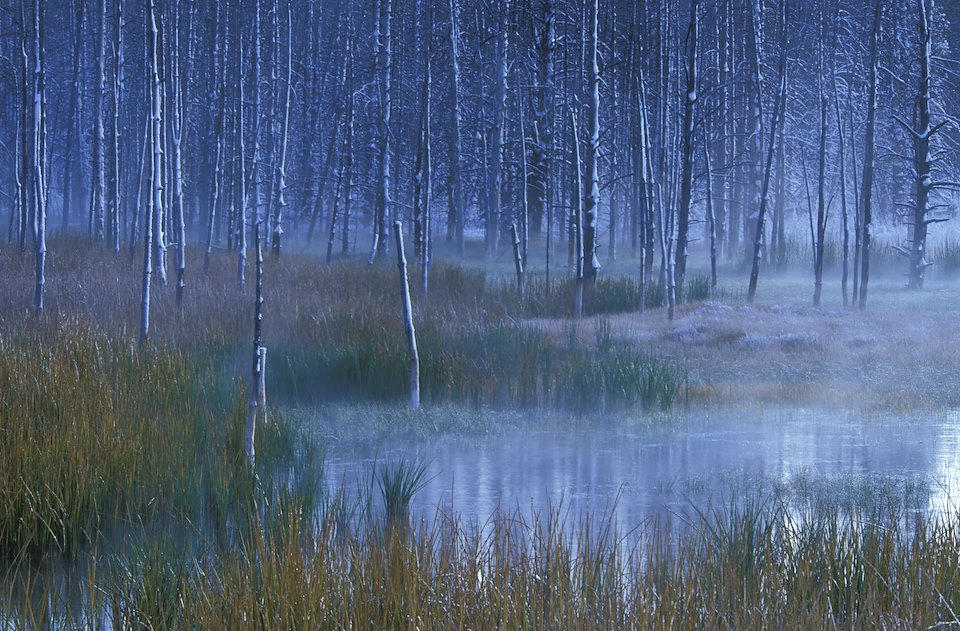 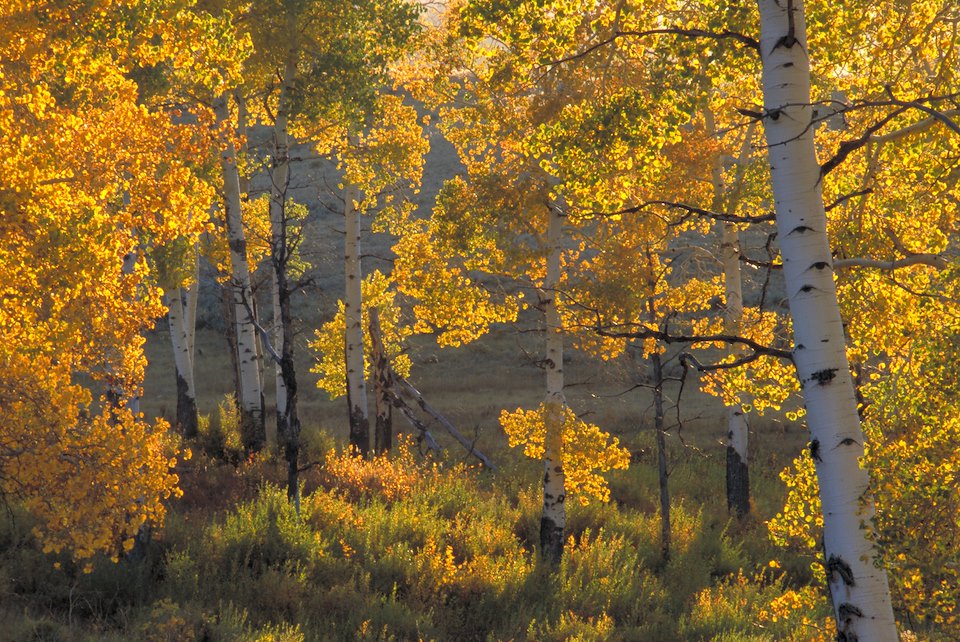 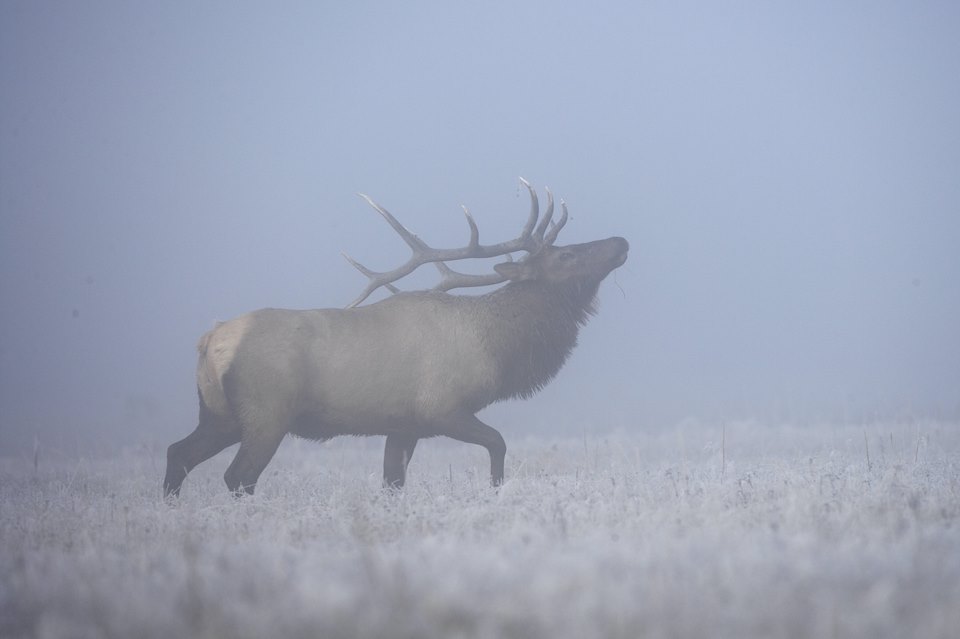 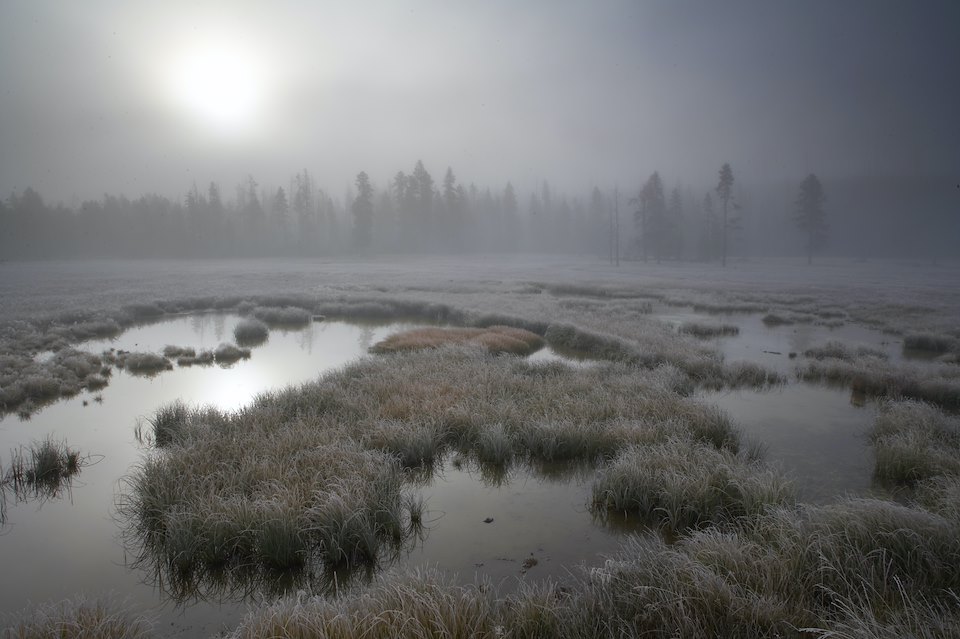 Studies across the Northern Rockies have revealed that the absence of large carnivores stifles ecological processes, which impacts on vegetation diversity and structure, the abundance of other species, and even the chemical composition of soils. In what has become a living laboratory, the return of wolves to Yellowstone National Park in 1995, has revealed wide-ranging changes as the number and behaviour of their prey species has changed.

And large carnivores aren’t just a stabilising force for herbivores, but smaller predators too. Ecosystems without top predators often suffer from a phenomenon known as ‘mesopredator release’. Simply put, carnivores and omnivores in the middle of the food chain become unusually abundant, placing pressures on species a rung or two further down the trophic ladder. Studies from around the world tell an increasingly familiar story on both land and at sea. Ground-nesting bird populations plunging with increasing numbers of raccoons, peccary, skunk, mongoose and civet. An absence of large sharks has led to a proliferation of stingrays and the collapse of scallop populations.

In Australia, the long-term persecution of dingos has had a dire impact on marsupials – gobbled up by increasing numbers of invasive red foxes and feral cats. Small rodent diversity crashed on a Texas grassland following the removal of coyotes. In twelve months, a dozen species became one: freed from predation, the kangaroo rat outcompeted the others. Far fewer lions, leopards and wild dogs in Ghana has been linked to huge rises in the numbers of baboons. In their absence, the baboons assumed the role of top predator, with marauding, oversized troops feasting on young antelope, large rodents, small primates and tree-nesting birds. With such a varied diet, their ability to hunt in organised groups, and being highly efficient foragers, their burgeoning numbers had a profound effect on the region’s ecology. Populations of small antelope and primates dropped substantially over a 32-year period.

The baboons were to leave their mark on the human population too. Crops were eaten or damaged, livestock attacked, crop-guarding children terrorised as the mobs became ever-more confident and brazen. They would also leave a more sinister parting gift with their weary neighbours – parasites and disease.

The pyramid crumbled and species by species, almost imperceptibly, the once common, became rare.

Deep within the boreal forests of Finland, the Eurasian lynx had been almost hunted to extinction by the 1950s. The fox population increased rapidly, preying on far more mountain hares, which quickly became a rare sight. Four decades later, the lynx became a protected species, and their numbers bounced back. The lynx preyed on the foxes and the hare population experienced a resurgence.  Further research in Sweden has linked the recolonisation of lynx with a rise in the numbers of grouse, such as capercaillie – a ground-nesting species often targeted by fox.

But the regulatory role of large carnivores can also bring benefits to mesopredators. They provide a steady supply of carrion for a multitude of species throughout the food web. Kill sites are nutrient hotspots, providing a supercharged natural fertiliser for soil health and plant growth. Along the north-west coast of North America, much of the carrion left by black and brown bears is of nitrogen and phosphorous-rich salmon. Some is carried off into the forest by the likes of mink, raptors and myriad insects. Much of the nitrogen is distributed through faeces – the bears playing a leading role here. Molecular analysis showed that up to 70% of the nitrogen in trees and shrubs growing alongside streams in the region, came from salmon – but without the bears most of this would be lost.

Using a 50-year-old record of moose kills by wolves in the Isle Royale National Park on Lake Superior, scientists found levels of nitrogen, phosphorous and potassium in the soil at kill sites to be off the charts – between 100 and 600 times greater than control areas.

As the most influential of all large predators, is it time to look at our competitors in a different light?

It’s been over a millennium since a brown bear plucked a salmon out of a Scottish river. Over 500 years since anyone caught a glimpse of a Eurasian lynx in our forests, and almost three centuries since a wolf pack’s presence kept our herbivores on the move. Our treeless hills and fragmented forests bear the scars. We’ve lost our connection with, and understanding of, top predators. But our sense of wonder remains intact, and from that we can build.

We’re so fearful of bringing back large carnivores, but increasingly, science is teaching us that we should be more fearful of their absence, and the simplified, dysfunctional landscapes that follow their demise. As we begin to grasp the vital role of these system regulators, as top-down thinking becomes less marginalised, a spectrum of benefits is revealed. And as the most influential of all large predators, is it time to look at our competitors in a different light, and to recall the celebrated words of a Scot whose thinking was ahead of his time…

"When we try to pick out anything by itself, we find it hitched to everything else in the Universe."