Bronzed by the summer sun and weathered by the salt-laden Atlantic winds, a life in the Argyll hills on Scotland’s west coast is etched into his features.

Achnacone Farm, along with croft land managed by David’s family, sits above the village of Appin, overlooking a picture postcard bay dominated by the incongruous, but nevertheless impressive, bulk of Castle Stalker. The rough grazing pasture that skirts the bay has been in David’s family for more than a century and is home to around 1,000 sheep.

Farming these hills has always been marginal and it takes a certain resilience to deal with both the changing weather and the changing market conditions. For a farmer like David, change is nothing new. Fifteen years ago, however, change took on a very different complexion for the Coltharts when they were asked to confront a challenge that no livestock farmer in this area of Scotland had faced in their lifetimes: the return of an apex predator.

"When I saw my first sea eagle in 2005 - the year before they first bred successfully in mainland Argyll - it was a real 'wow' moment, but the novelty quickly wore off and they've become a big problem in this area."

White-tailed eagles, or sea eagles, are Britain’s biggest bird of prey with a wingspan of more than two metres and the largest females weighing in at 7kg. Persecuted to extinction in 1918, they were originally reintroduced to the Isle of Rum in the 1970s. The fledgling population was slow to expand beyond the Hebrides, but it now exceeds 120 pairs feeding and breeding across much of the Scottish mainland. In conservation terms, their return has been a cause for huge celebration, and ecologically, sea eagles have reinstated a valuable predator-prey dynamic that was missing from the coastline for more than a century. But the return of a large predator to a Scotland that has changed – physically, but more importantly, culturally – remains a challenge.

Sea eagles have a catholic diet that includes fish, seabirds, geese, rabbits and hares. Like golden eagles, they will readily take to carrion on the open hill. Research has confirmed that in parts of their range, at certain times of the year, some eagles will take live lambs, or more specifically, live viable lambs that would otherwise have gone on to adulthood. Herein lies a problem for the likes of David Colthart.

"These birds are not flying vets. The notion of them only taking sick or weak animals is untrue.” For David, there are wider implications: “The number of farms in this area is going down,” he reflects. “That’s not solely down to the eagles but in some cases, their impact has tipped the scales and farmers have just sold their sheep.”

It would be easy to pigeon-hole David and his farming colleagues as being out of touch with modern values; of failing to recognise that for the wider public, these birds are a beacon of hope in a sea of ecological despair; but his is a well-informed, measured perspective: “Not every sea eagle takes lambs. They can move nest site from one year to the next and usually, it’s when they breed successfully and in close proximity to grazing areas, that they become more of a problem.”

The impact of sea eagles on sheep farming is subject to a wide spectrum of anecdotal evidence. In order to independently assess the level of predation, David’s farm is one of several that is monitored as part of the Sea Eagle Action Plan run by Scottish Natural Heritage (now NatureScot), set up to find ways to mitigate livestock losses. “If we can have eagles but without the impact on lambs, it’s a win-win for everyone,” says David.

So how do the figures stack up? There’s a range of factors that can lead to a lamb dying, and eagles are just one of them. “Our records show that we lost 112 lambs last year, and I’d suggest that eagles probably took two thirds of those animals. But even if we say that 40 deaths were down to eagles, that’s still £1600 in lost revenue.” It is easy to dismiss such a relatively small figure and assume that compensation can quickly dispel any disquiet, but it’s the cumulative negative effect on the flock as a whole that worries David.

“The actual value of the lambs isn’t the whole issue. Farming these rough heather hills is always on the edge, so when your productivity is reduced year after year, the quality of the hefted flock is gradually eroded, along with its ability to be self-sustaining. Over the last 5 years, we’ve had to invest over £20,000 in restocking - that’s a cost we wouldn’t have ordinarily incurred. Each year the problem is compounded.”

"It's not the fault of the birds - they've just latched on to the most suitable food source that is available."

There is clearly a feeling that sea eagles were imposed upon the farming community and that, early on, mistakes were made. “Communication when the birds first turned up was almost zero. Consultation was zero. This was a vanity project for a few individuals, and they were going to have it happen, come hell or high water. I don’t think anyone thought through the consequences and, for a long time, nobody would even acknowledge there was a problem.”

The sea eagle genie is now well and truly out of the bottle; they are here to stay, and certain birds are conditioned to predate lambs. “Other than not reintroduce them in the first place, there’s not a great deal we can do now - we are where we are. It’s not the fault of the birds – they’ve just latched on to the most suitable food source that is available.”

It’s fair to say that in a society that is becoming increasingly ecologically conscious, land managers – and perhaps farmers in particular – tread a thin line in terms of public opinion. Sea eagles, along with other charismatic animals, have been held up as the poster child for conservation groups and, in David’s mind, the public perceive they can do no wrong: “I understand it from a conservation point of view, but farmers feel like their story isn’t being told. If we speak out, there’s always the fear of a backlash. Social media provides a platform for some pretty unpleasant people!”

"Other than not reintroduce them in the first place, there's not a great deal we can do now."

The vast majority of the public want to see these magnificent birds thrive, and there are significant economic benefits that flow from their presence in the form of nature-based tourism. So how do we balance what appear to be diametrically opposed objectives? According to David, the only way forward is to break the cycle for those birds conditioned to killing lambs. But what does that look like? 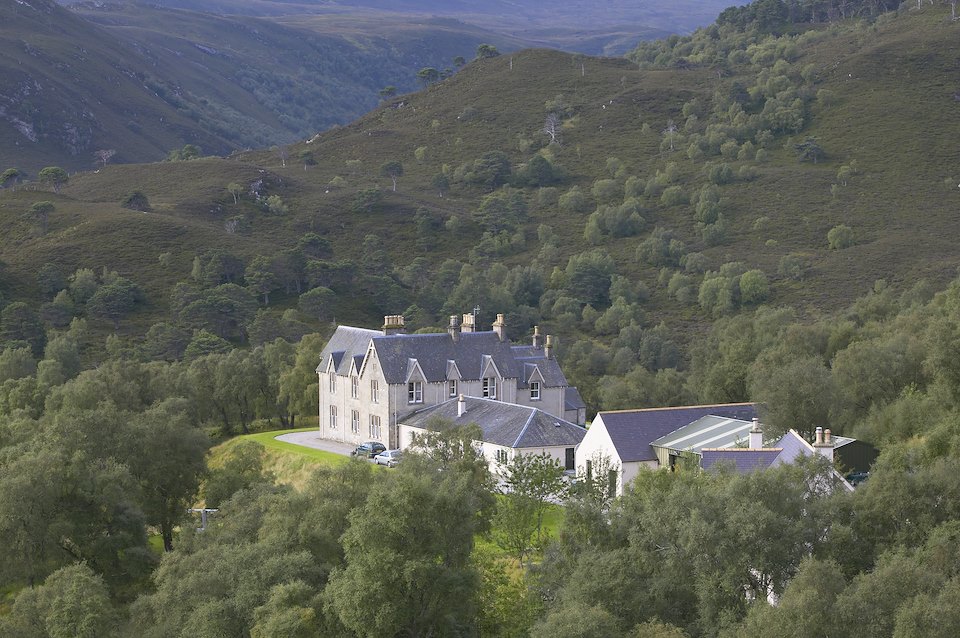 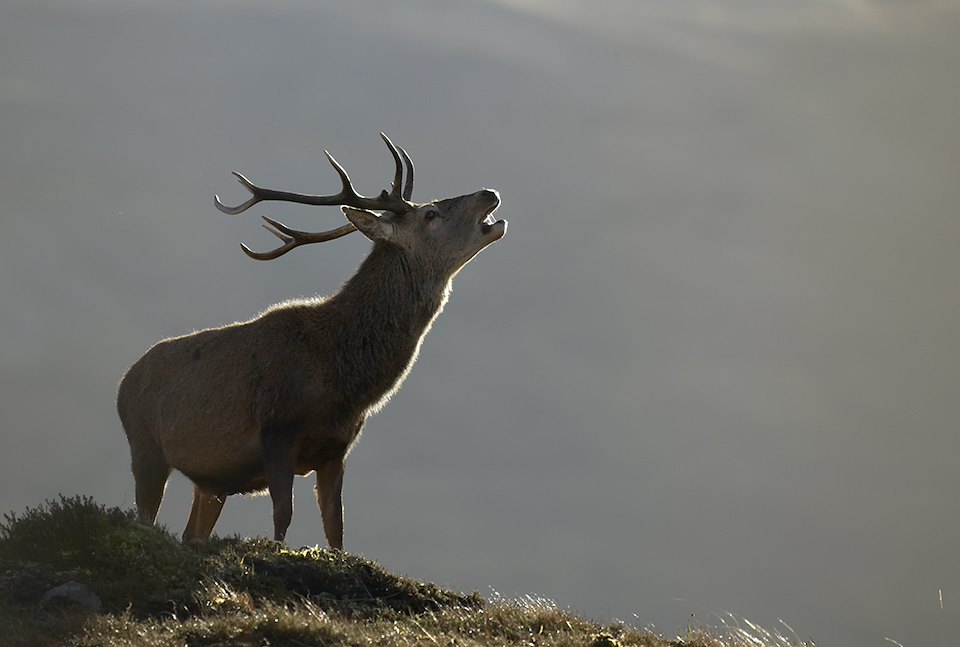 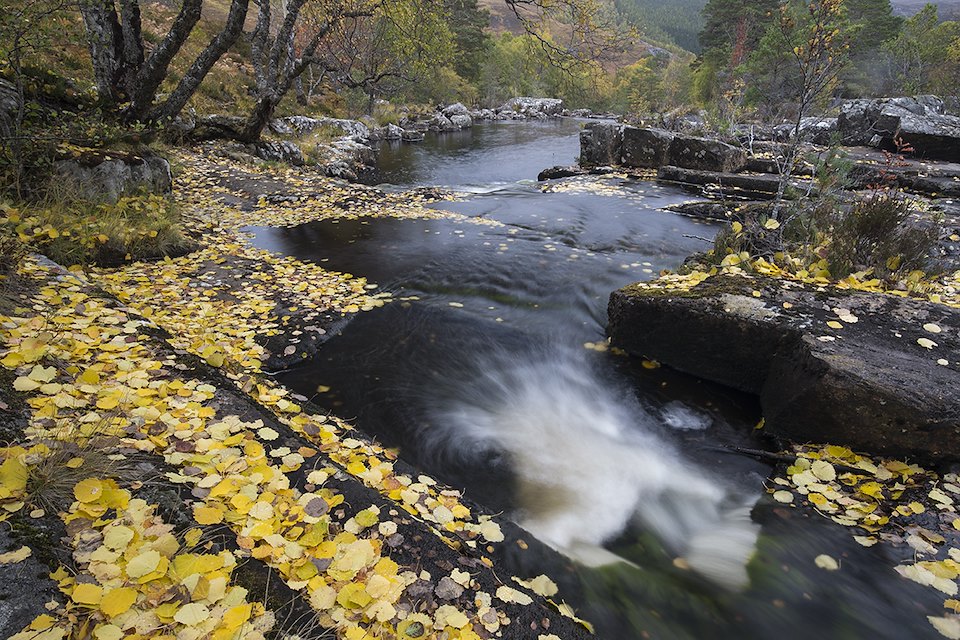 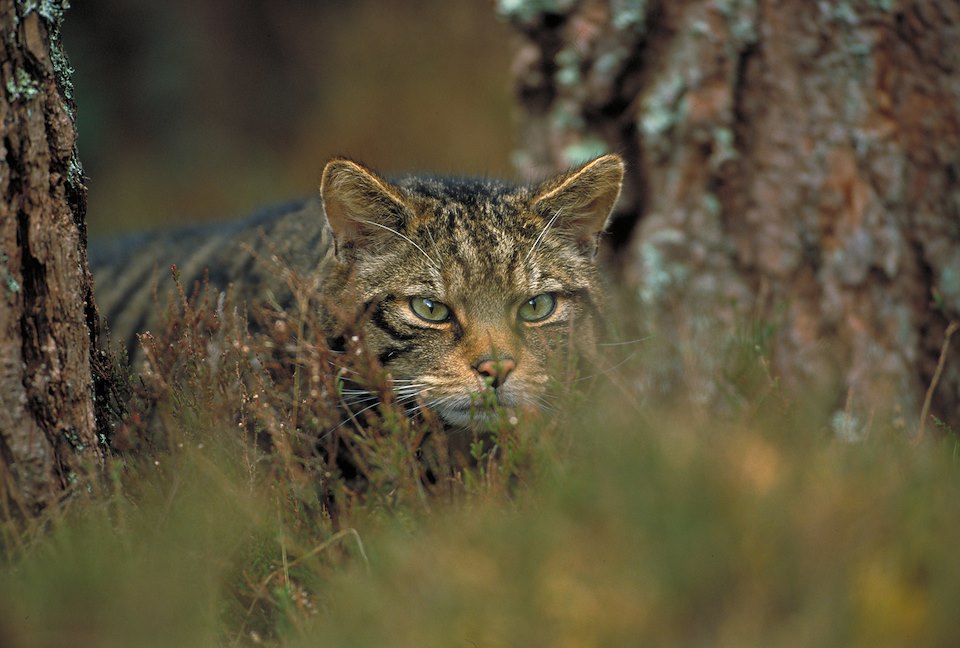 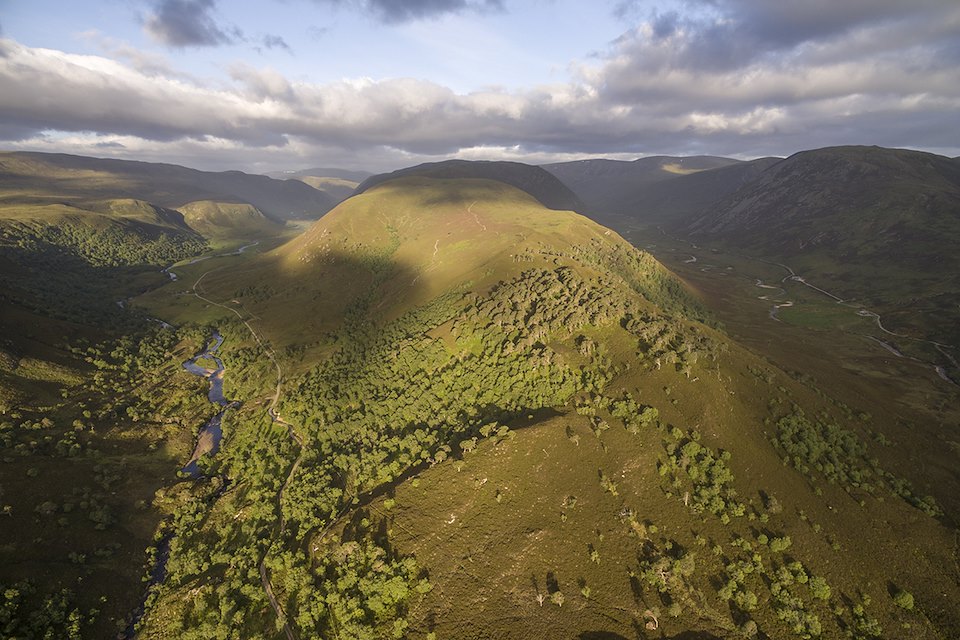 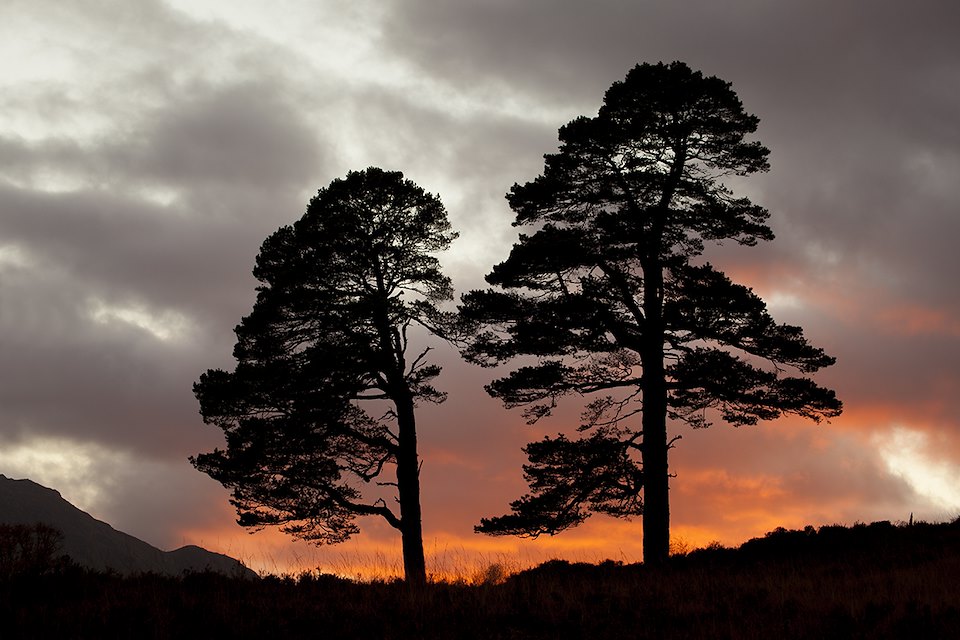 “These eagles are protected, so our hands are tied, but for those birds that create a persistent problem, I’d like to see them moved to an area where they won’t have an impact on livestock.” There are financial, logistical, and ethical considerations in such a proposal, but the principle, at least, exists already. A pioneering translocation project is underway to return these birds to the skies above the Isle of Wight, using chicks from nests in Scotland. In recent months, beavers having an impact on farmland in Tayside have been moved to different parts of England to create new populations. Could the same be done with adult sea eagles? Is the key to a more harmonious coexistence with these top predators a healthy dose of pragmatism?

“Where there’s a will, there’s a way. There must be other countries in Europe where livestock farming isn’t so prevalent that would welcome these birds. I'm not suggesting that sea eagles shouldn’t be here – it’s the problem birds that need to be addressed.”

David is the Chair of the Argyll & Lochaber Sea Eagle Stakeholder Group, so he represents not only his own interests but those of other farmers. “We’re lucky in that we’ve diversified into things like renewable energy. Without that, we’d be out on our ears and we wouldn’t be able to stay here. Other farmers are running out of options and if sheep farming in Argyll is to be sustainable in the long term, something has to give.”

The Sea Eagle Management Scheme offers limited funding to cover changes in farming practices that help minimise livestock losses, including visual deterrents, diversionary feeding and, in a recent case, even the felling of a nest tree. In some areas these actions have helped and in others, not.

“There is a good deal of collaborative work going on to reduce the conflict,” says David, “and in fairness, SNH (NatureScot) have come a long way in the last few years in listening to farmers.” However, with population modelling work suggesting that sea eagle numbers will continue to rise sharply, at least in the short-term, tensions are never far from the surface. “At what point do we say we’ve tried everything and it’s not working?”

Superficially, this is a conflict between a wild animal and the economic interests of people.

It would be a mistake, however, to try and square this circle with the blunt tool of financial compensation. “Farming is in my blood. There’s an attachment to this land that has been farmed by my family for generations. I’d like to keep that going for as long as I can.”

David’s frustration is not with sea eagles as such, but with the threat he perceives they represent to his family’s way of life. “My father is 85 and it tears him apart watching the impact of these birds and his neighbours shutting down one by one.”

If we changed the characters in this story from sea eagles and a proud farmer in Argyll to, say, seals and a salmon angler, or to beavers and a Tayside arable farmer, the same confused cocktail of science, economics, politics, morality and pure emotion bubbles to the surface. This is about people: who they are, what they stand for and what they believe to be right and wrong.

“Within reason, the farmer should be able to farm the way he sees fit and if we allow predators to continue unabated, we won’t have a product to sell.”

David’s parting words symbolise an emerging, divergent set of societal values. There are those who see the land as a commodity – something to be owned and controlled by people. And, increasingly, there are those who see value in natural ecological processes such as predator-prey interactions, and who seek greater social accountability from people like David Colthart, the custodians of Scotland’s spectacular landscapes.

There is no black and white here; no definitive right and wrong. We are all learning to live with the challenges of change. Everyone alive today has grown up in a world which is more modified by humans, more ecologically impoverished, that at any time in our history. As we tentatively try to turn nature depletion into nature recovery, we have to relearn to live alongside the likes of sea eagles; a journey which is easier for some than others.