Destructive, dangerous, confrontational, plundering…these are just a few familiar terms attributed to wild boar. After centuries of absence, these powerful rooters are back in Scotland, but how well do we know wild boar?

Thought to have been hunted to extinction during the late 16th or early 17th century, wild boar would once have been a common sight across the country – snuffling their way through vast woodlands in the company of lynx, wolves and bears, all of which are potential boar predators.

In England, where they only clung on until the 13th century, reintroduction attempts for hunting were made between 1600 and 1650 using animals from continental Europe. But they were short-lived, likely due to persecution as farming stepped up a gear or two, and hunting pressure for meat and sport persisted. Periodic imports of boar continued until the early 1900s – finding their way into zoos, private collections and farms, where they were often crossed with domestic pigs to increase litter sizes.

Escapes from captivity, or deliberate releases, then followed throughout the latter part of the 20th century, re-establishing a wild population once more. In Scotland, two main breeding colonies are known to exist: around the Glenmoriston, Glen Garry, Glen Dessary and Glen Loy areas of the Highlands; and in Dumfries and Galloway. Smaller, scattered populations can be found in Perthshire and Inverness-shire. The degree to which these populations are hybridised is unknown, but given their origins, it’s highly likely they are a mixture of pure wild boar, hybrids and domesticated pigs. Official population estimates are in the hundreds, but there is a consensus their numbers have grown substantially over the last 20 years. Add in anecdotal evidence and verified sightings of boar spreading into new areas, and the true figure could be between 3,000 and 5,000.

With the current Scottish population mainly comprised of escaped farm animals with no traceable owner – and wild boar currently classed as a non-native due to their mixed ancestry – they are a species in legislative limbo. Current advice is for landowners to deal with boar at a local level, in the absence of an overarching national management plan. If they happen to be on your land, it’s your responsibility to manage them.

Scotland’s nature agency, NatureScot, refers to the species as ‘feral pigs’ in line with a peculiar quirk of the Wildlife and Countryside Act 1981 – amended by the Wildlife and Natural Environment (Scotland) Act 2011. The Code of Practice stipulates that: “animals and plants that were once native in a location but have become extinct, are considered to be ‘former natives’. For the purposes of the 1981 Act, former natives are considered to be outwith their native range and it is therefore an offence to release a former native without a licence.”

They are a species in legislative limbo.

The fact is that many have been released without a licence and they are spreading across Scotland. They can no longer be treated as ‘out of sight, out of mind’; a clear policy is overdue. But why, some will say. Why should we care about wild boar? This is a species that is often portrayed as a troublemaker, with a penchant for causing ‘damage’. It is true they can bulldoze their way through crops and grassland overnight but is it all really ‘damage’? If you look at this natural behaviour through an ecological lens, a different story starts to emerge.

The wild boar’s rooting behaviour (disturbance of the soil) drives nutrient cycling and can create fertile conditions for seed germination – particularly Scots pine and birch. By exposing the subsoil, they present a takeaway delivery menu of invertebrates for many bird species, while creating patches of bare soil for burrowing insects such as mining bees and some species of beetle. Their ploughing actions can be a boon for biodiversity, facilitating the colonisation of more plant species. Their digging can help to keep dominating shrubs such as bracken under control, giving other plant species a greater chance of growth, and their need for mud baths in the summer, can create miniature ponds that attract amphibians and dragonflies.

Strong snouts can aid the natural regeneration of woodland, driving seeds into the ground during their frenetic foraging. At the Bunloit rewilding site alongside Loch Ness, resident boar have had a catalysing effect on the growth of foxgloves – a firm favourite for many pollinators. Their rooting has also stimulated the spread of ragwort on the estate; a vital food source for a multitude of invertebrates, including the cinnabar moth. But as Bunloit’s Senior Ranger, Scott Hendry, highlights, if we are to embrace the positive outcomes of boar behaviour in our delicate and dysfunctional Scottish ecosystems, management is key.

Resident boar have had a catalysing effect on the growth of foxgloves - a firm favourite for many pollinators.

“When you consider that wild boar have large litters, combined with the fact that for now at least, we have no apex predators to control numbers, it becomes obvious that we humans must perform that role. Here at Bunloit, we’re engaging with various bodies to find the best way forward when it comes to managing the impacts of boar, and striking the right balance between conservation, animal welfare and public acceptance. Wild boar currently have an image problem and it will take time and effort to change people’s perceptions, and open their minds to the need for wild boar as part of a healthy ecosystem.”

It is a viewpoint echoed by the rewilding charity Trees for Life - who have first-hand experience of wild boar, having observed a captive herd’s impacts on vegetation at their Dunddreggan Estate over seven years. As Chief Executive, Steve Micklewright, explains: “Wild boar can bring a range of ecological benefits, in native woodlands especially. Their rooting in the soil creates excellent growing conditions for tree seedlings while boosting plant biodiversity and benefitting pollinating insects such as bees. That said, they can have unacceptable negative impacts, which may need managing. We desperately need a well-considered national management strategy that works for everyone by addressing both the benefits and challenges brought by wild boar, together with more research into their distribution, spread and impacts. And the Scottish Government should recognise wild boar as a native species within their natural range.”

Wild boar currently have an image problem and it will take time and effort to change people's perceptions.

In mainland Europe, where they now number well over 10 million, a range of strategies have been employed to manage the highly adaptable boar as they increasingly make their presence felt in both rural and urban settings. Whether it’s raiding a farmer’s crop or supermarket bins, their boldness brings them into conflict with people and that conflict needs to be turned into coexistence. In France, where there are around one million boar, a sustainable level of well-managed hunting was brought in to ensure their numbers were kept in line with the carrying capacity of the land – in the same way that red deer are culled here in Scotland. The money raised from issuing permits was then repurposed as compensation to farmers for crop damage.

Across most areas of Europe, their populations are increasing - and in some cases - soaring. In Berlin, despite thousands of ‘nuisance’ boar being picked off by a hired hit squad, there’s still believed to be around 3,000 roaming the city. The wild boar is a masterful opportunist as well as a prolific breeder. Wherever there are well-established boar, there is a strong argument for a management plan to avoid uncontrolled culling that could either lead to population explosions in the absence of predation, or local extinctions. Neither outcome is desirable from an ecological, social or moral standpoint. 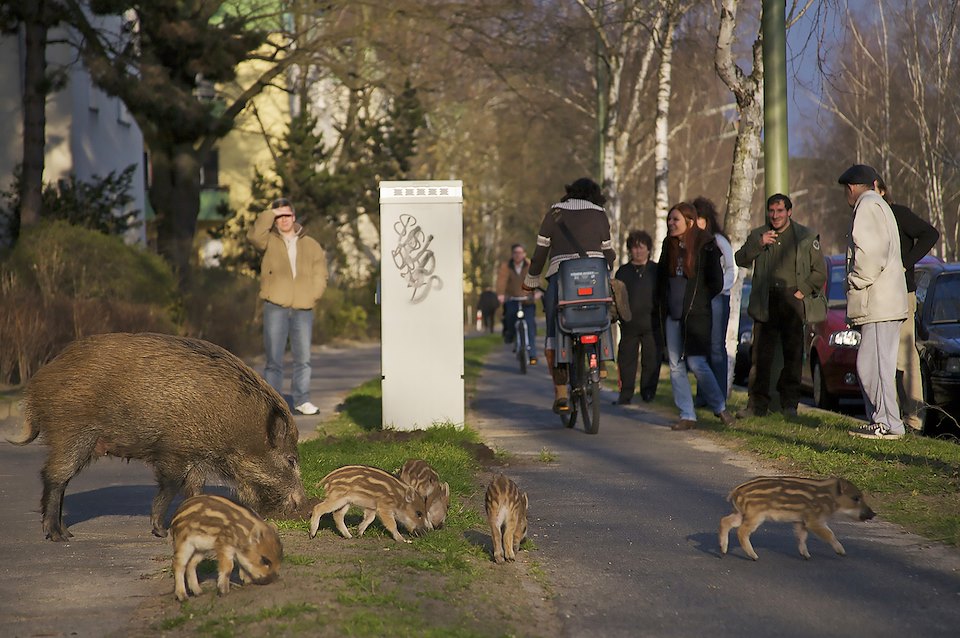 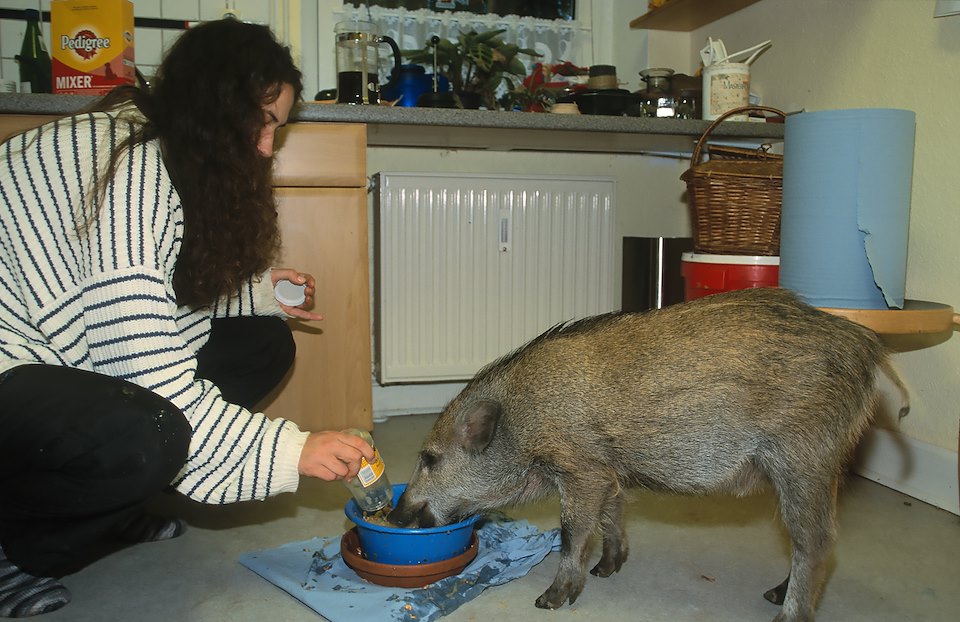 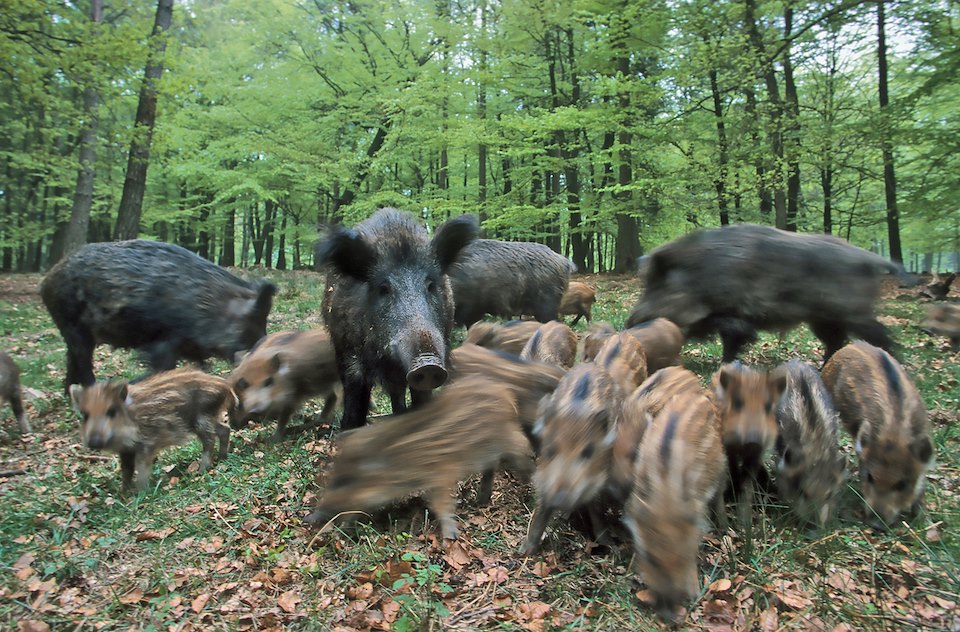 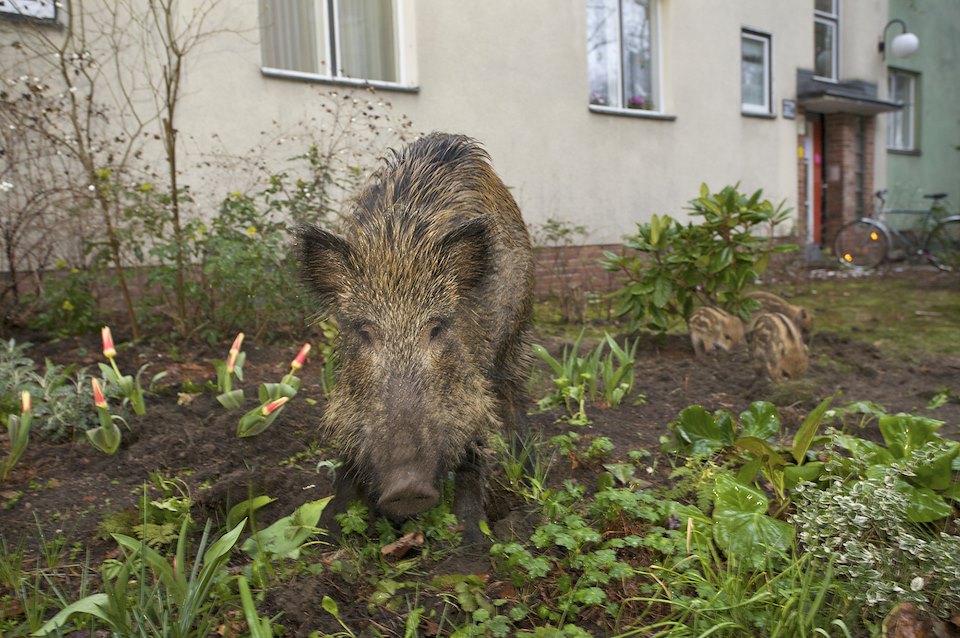 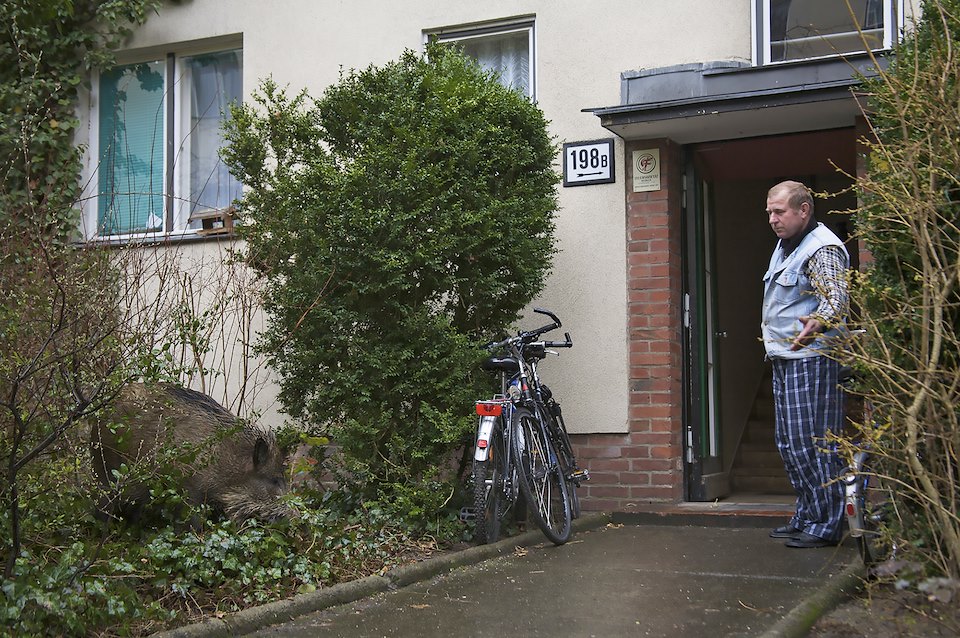 Wild boar have become part of Berlin’s urban landscape. For some people, they are a welcome addition to an ecologically sterile environment; for others they bring significant challenges. Either way, it’s difficult to ignore their presence.

There's believed to be around 3,000 roaming the city.

Their proliferation has much to do with their tasty meat. Wild boar farms have become commonplace, with escapes inevitable. A stark example comes from Sweden, where numbers rose from zero in the early 1970s, to an estimated 150,000 by 2010.

Unmanaged boar populations can cause a range of problems. With the largest males tipping the scales to somewhere north of 200kg and capable of running up to 40 km/h, road collisions are not a laughing matter. They are proficient raiders of birds’ nests and not fussy about where they root – gardens and golf courses are just as attractive to boar as woodland leaf litter.

They tend not to get on well with dogs off their leads – perhaps a primal reflex from the days of their ancestors being pursued by wolves – but contrary to popular belief, boar are shy and generally avoid encounters with people. With a superb sense of smell, but very poor eyesight, their instinct when they encounter people, is to come in for a closer look and this inquisitiveness is often misinterpreted as aggression.

The healthiest ecosystems are those that are complex, cluttered and ever-changing with every niche filled. If we want living systems that are fully functional and importantly, resilient to climate breakldown, they need to include wild boar.

Can we do better than simply reach for the shotgun every time we’re asked to rub alongside an unfamiliar species? Perhaps it’s time to look beyond what we perceive to be the disorderly aftermath of boar rooting and embrace the mess; welcome the natural disturbance they create and see what comes from it. Maybe it’s time to start rooting for rooters.