A short film produced by SBP for the Scottish Rewilding Alliance was named Overall Winner at the recent Edinburgh Conservation Film Festival. 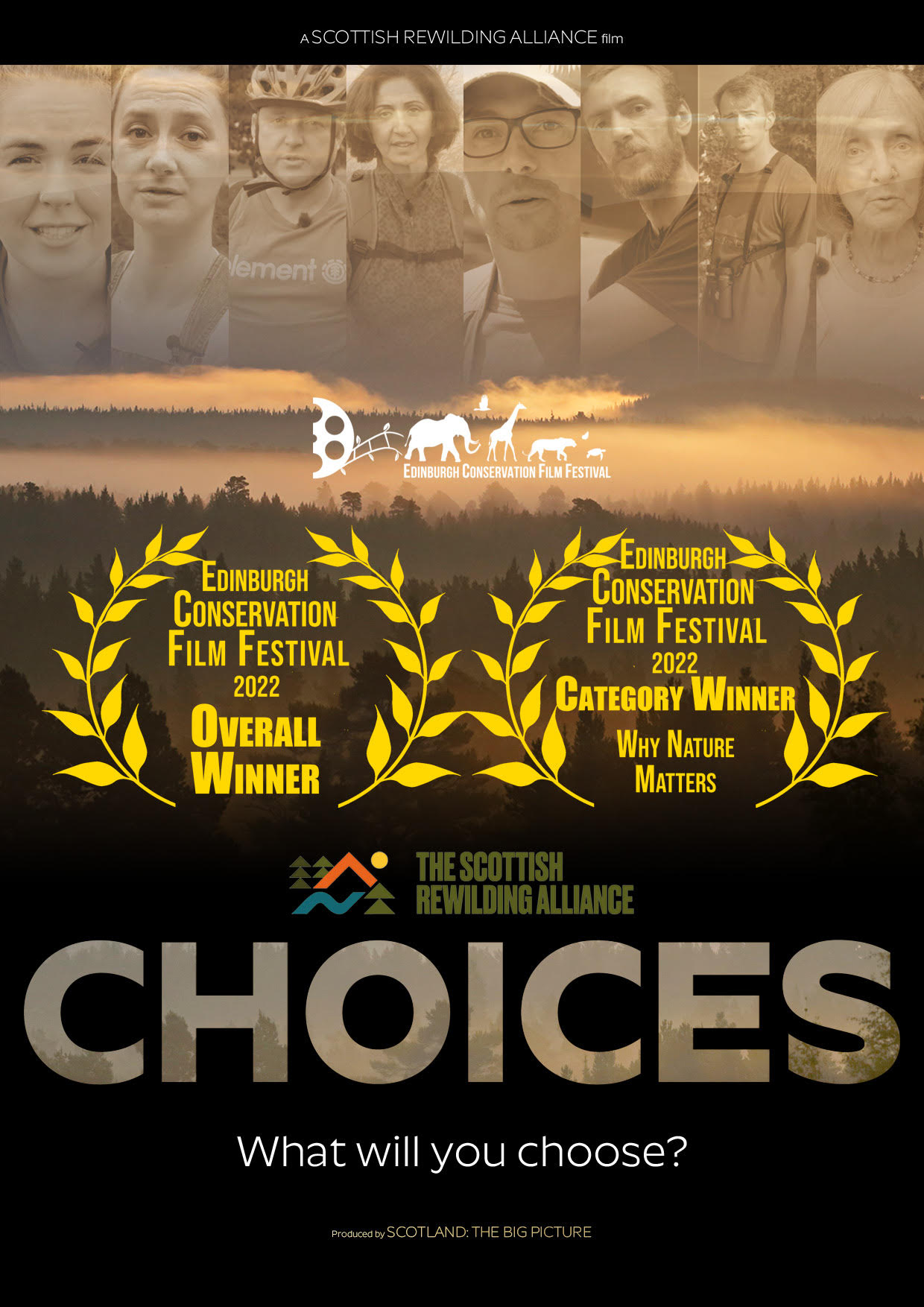 We're delighted that Choices, a short film produced by SCOTLAND: The Big Picture for the Scottish Rewilding Alliance, was awarded two prizes at the recent Edinburgh Conservation Film Festival.

Choices was the winner in the ‘Why Nature Matters’ category and went on to be named Overall Winner of the festival.

In introducing the film, NatureScot stated that Choices offered "inspiration on how we can work towards the ideals of biodiversity conservation".

They went on to say: “Earlier this month, NatureScot published its vision for the next four years, centred on plans to PROTECT, RESTORE and VALUE NATURE. This film captured the ambition, choices and opportunities ahead. It points to what we have to do to tackle the twin crises of biodiversity loss and climate change.”